Leonardo DiCaprio has a 'confusing' nickname for Brad Pitt 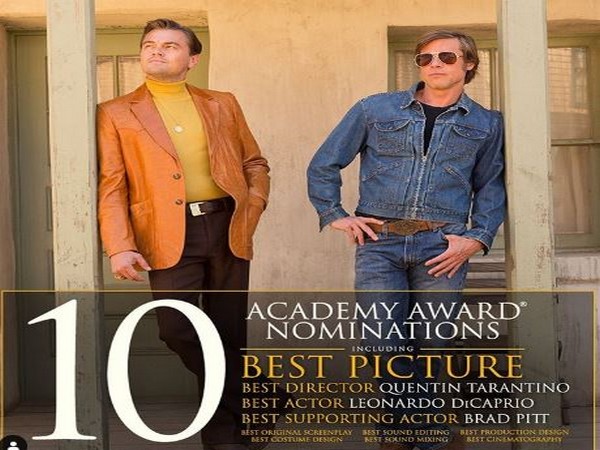 Washington D.C. [USA], Jan 21 : Actors Brad Pitt and Leonardo Dicaprio seems to have become the best of friends after working together in last year's 'Once Upon a Time in Hollywood".

Pitt says the 'Titanic' star Dicaprio has even coined a nickname for him.
"'Lover,' he calls me 'lover.' It's a bit confusing, but I roll with it," said the 56-year-old. According to Fox News, Pitt had a chat with Entertainment Weekly at the Screen Actors Guild Awards about the bond he shares with DiCaprio.
The nickname-game is not a one-sided affair as Pitt said "LDC" out loud, referring to his new best friend DiCaprio while delivering his acceptance speech at this year's Golden Globes.
Asked to describe his camaraderie with DiCaprio, Pitt replied that "you'll find, with most of the guys, I would say we're all pretty much rooting for each other, we all have respect for each other, we all have a good laugh with each other. And it plays. And it's pretty easy."
Pitt bagged the Screen Actors Guild Award for his supporting role in 'Once Upon a Time in Hollywood'.
ADVERTISEMENT