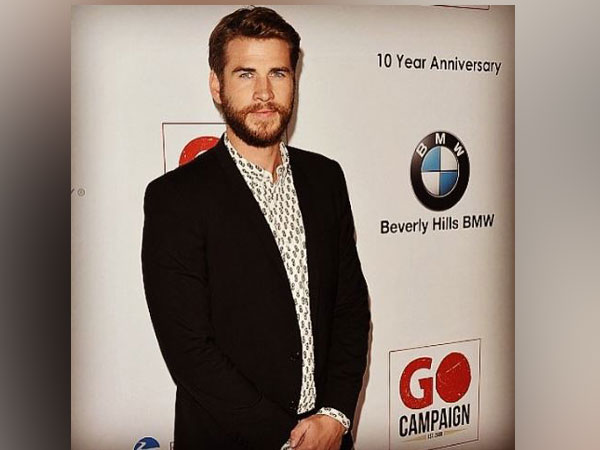 Washington D.C [USA], Oct 7 (ANI): It seems that actor Liam Hemsworth is back in action after calling it quits with his wife and pop-icon Miley Cyrus.

The 29-year-old actor was spotted on the set of his new series, 'Dodge and Miles,' on Sunday, months after filing for divorce.
The 'Hunger Games' alum donned a gray top, navy pants and a wedding ring as he sat on the hood of a taxi during a break in filming in Toronto.
He was later seen enacting a scene for the action-thriller that also stars Christoph Waltz as Miles Sellers, reported Us Weekly.
The series chronicles the story of Dodge Maynard (Hemsworth), who has a terminal illness and agrees to take part in a deadly game in order to provide for his pregnant wife.
Hemsworth filed for divorce from the 'Adore You' singer on August 21, weeks after the couple announced their split after less than eight months of marriage.
Us Weekly confirmed the couple's breakup hours after Cyrus was photographed making out with Kaitlynn Carter in Italy.
A source confirmed to Us that Cyrus was the one who pulled the plug on the pair's decade-long relationship, noting that they "haven't been together for months."
Another insider told Us that Hemsworth, who spent time in Australia with his big brother Chris Hemsworth amid the split, decided to file for divorce because Cyrus was "being so open about her relationship with Kaitlynn."
"He thought they could work it out, but those pictures of her and Kaitlynn ended that," the insider said. "Liam comes from a very conservative family and his family was freaked out by it." (ANI)
ADVERTISEMENT