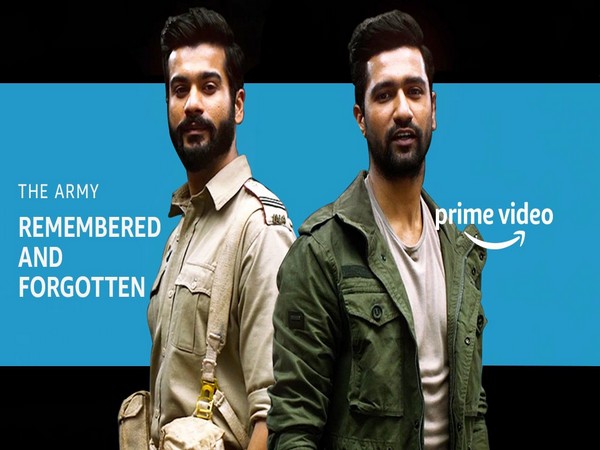 New Delhi [India], Jan 21 (ANI): Ahead of the release of much anticipated Amazon Original Series 'The Forgotten Army - Azaadi ke Liye' starring Bollywood actor Vicky Kaushal and his brother Sunny Kaushal, the makers shared a video that conveyed a powerful message to the citizens of this country from a Soldier's point of view.

The makers took to Twitter and shared the video along with a caption that reads, "#TheForgottenArmy, never forget! @sunnykaushal89 @vickykaushal09."
In the video, Vicky and Sunny Kaushal together talk about the years - 1944, 1948, 1961, 1999, the years for extreme conflicts, where Vicky said that a soldier is called "Veer", Sunny compares his story where Soldiers are called "Gaddar". They both share the same lines of the journey of the soldier.
Vicky Kaushal and Sunny Kaushal who will be seen essaying the role of an Indian soldier who marched towards the capital, with the war cry 'Challo Dilli', to free their country from the reign of the British. The web series is based on the sacrifices army personnel make to keep the nation safe, the pain of a real soldier, how they surrender their lives for the nation, every emotion a soldier goes through has been portrayed beautifully.
'The Forgotten Army - Azaadi Ke Liye' is based on the untold story of the freedom fighters who braved bullets to fight for the Independence of India. 'The Forgotten Army - Azaadi Ke Liye' promises to take the viewer back in time, relive the era and witness the Indian freedom struggle and the sacrifice of the 55,000 soldiers who have contributed to our freedom.
'The Forgotten Army - Azaadi Ke Liye' is a web series that will release on Amazon Prime Video on 24 January 2020. The show is directed by Kabir Khan and is based on true events about the men and women in the Indian National Army (INA) led by Subhash Chandra Bose. The series stars Sunny Kaushal and Sharvari in the lead.
'The Forgotten Army - Azadi Ke Liye' will start streaming on Amazon Prime Video from 24th January 2020. (ANI)
ADVERTISEMENT