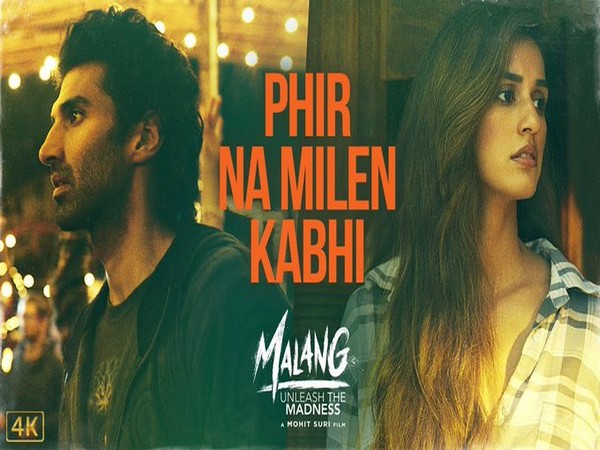 
The two-minute-fifty-six-second song is a romantic number featuring the lead couple, Aditya Roy Kapoor and Disha Patani.
The emotional song is a heart-touching melody that will remind you of your loved one. In the song, Aditya tries hard to stay away from Disha and forget her but their undying love for each other makes it difficult for them to do so.
The lyrics of the song have been penned by Prince Dubey and crooned by Ankit Tiwari.
Earlier, Aditya shared his gripping look from the film in a picture. The dark picture featured a close-up look of him sporting a serious bearded face and red eyes.
The trailer and the title track of 'Malang' have received much appreciation. The title track received 10 million views on YouTube in merely 24-hours of its release.
The trailer gave a powerful action-packed sight to the movie, whereas the title track fell to a rather soothing spot.

It shows the chemistry between the lead actors Aditya and Disha and the blossoming romance of the two in Goa.
The revenge drama, directed by Mohit Suri, also features Kunal Kemmu in a pivotal role and is set for release on February 7. (ANI)