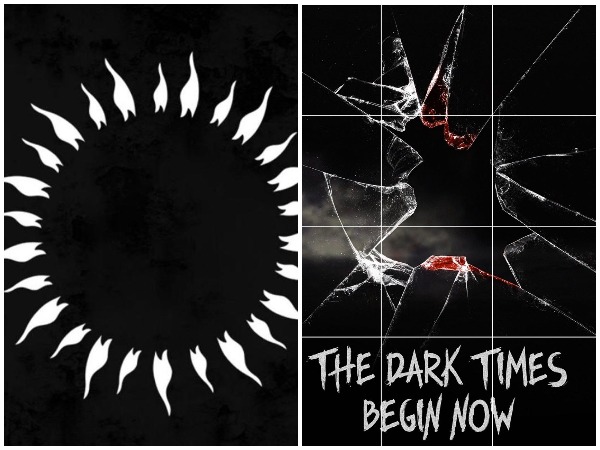 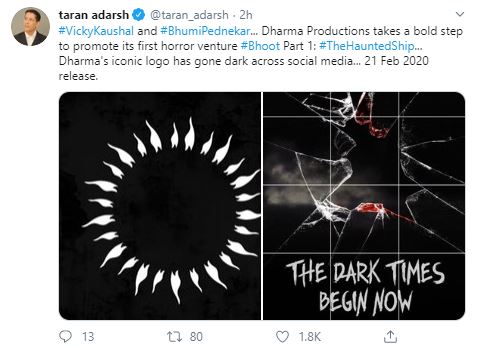 The first picture is the iconic logo of Dharma Production which has now been turned house dark, while the second one features a blood-stained broken glass that reads -- 'The Dark Times begin Now'.
Earlier, Vicky launched the second poster in which he was seen trapped underwater in what appears to be a sinking ship with a ghost holding the actor tightly.
'Bhoot Part 1: The Haunted Ship' is a part of the horror franchise that revolves around a ship that lies static on a beach.
Produced by Karan Johar, the horror-thriller flick also features Bhumi Pednekar and Ashutosh Rana in lead roles in the film. The movie is slated to hit the theatres on February 21, 2020. (ANI)
ADVERTISEMENT