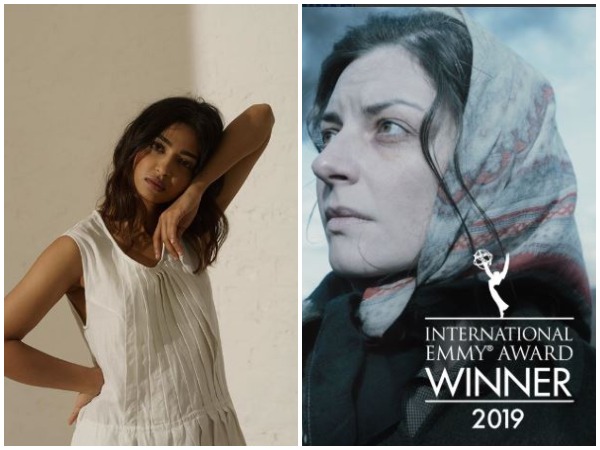 The actor won the trophy for her performance in her film 'Orok Tel (Eternal Winter)' produced by Szupermodern Studio Ltd.
Directed by Attila Szasz, the film narrates the story of women who suffered the cruelty of Soviet soldiers during their invasion in Hungary.
Radhika, who essayed the role of a college professor in one of the films of 'Lust Stories' looked ravishing donning a golden-brown see-through gown at the event's red carpet.
Meanwhile, the Australian thriller series 'Safe Harbour' won the award for the movie/mini-series category defeating the Indian film 'Lust Stories'.
'The Remix', which was India's entry in the Non-Scripted Entertainment category, also got defeated by UK's 'The Real Full Monty: Ladies' Night'.
The award for the best performance by an actor has been won by Haluk Bilginer of Turkey's 'Sahsiyet (Persona)'. Brazil's 'Hack in the City' bagged the trophy for the short-form series.
At the extravagant event, the team of 'Lust Stories' graced the red carpet with all the four directors of the flick, namely Zoya Akhtar, Karan Johar, Anurag Kashyap and Dibakar Banerjee marking their presence.
The star-studded event is being hosted by 'Daily Show' correspondent and 'Crazy Rich Asians' actor Ronny Chieng at the New York Hilton Hotel in Manhattan. (ANI)
ADVERTISEMENT