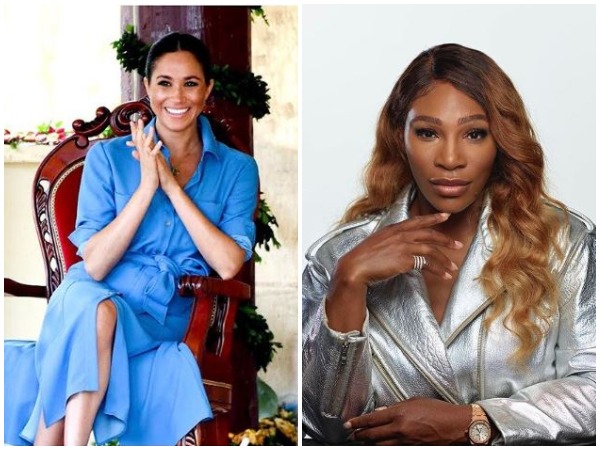 Washington D.C. [USA], Sept 8 (ANI): The Duchess of Sussex Meghan Markle was present at the US Open Finals on Saturday to cheer and show support for her dear friend and ace tennis star Serena Williams.
The royal mother was all smiles when she was spotted cheering for her friend at Arthur Ashe Stadium, sitting in front of Anna Wintour and behind Williams' husband Alexis Ohanian, to watch her friend playing against Bianca Andreescu in the final, reported People.

The outing comes just after the 38-year old Duchess' first overseas trip without her 4-month-old son, Archie. On Friday, Meghan made an unexpected last-minute trip aboard a commercial flight from London, People confirmed. Prince Harry remained home looking after their little bundle of joy.
Meghan is expected to return to Britain at the end of the weekend.
"It is a last-minute trip," a source told The Times, reported People, which broke the story of the royal's plans. "Excited to support her friend, and then come back."
This is not the first time that Meghan has attended Serena's match. In July, she and some of her friends watched Serena's match at the Wimbledon Championships. She then joined sister-in-law Kate Middleton for the women's final.
Williams said that having Meghan's support and friendship "is great," telling reporters during her post-match press conference in July: "She's such a great friend and a great person as well. And always positive, no matter what."
The tennis star continued: "It's so good to have people like that, just to know," adding that Meghan, 37, is "such a fan of the sport." (ANI)