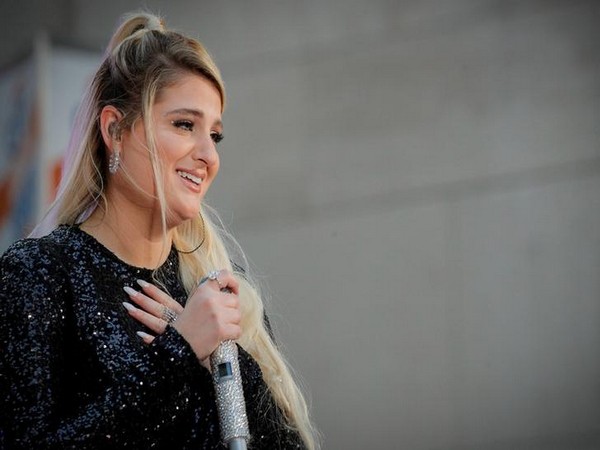 Washington D.C. [USA], Oct 3 (ANI): While Meghan Trainor and husband Daryl Sabara are a cute couple, their nicknames are a little bizarre!
As Trainer stopped by Lilly Singh's 'A Little Late with Lilly Singh' on Wednesday, she revealed the out-of-the-box moniker given to her partner.

"We call him 'Serial Killer' because he looks crazy in a lot of pictures," E! News quoted the singer as saying.
"But, also, he does, like, suspicious things that we're like, 'Are you a serial killer and we just haven't figured it out yet?' Like, he'll go to the movies by himself, but not, like, just one movie, like four back-to-back. Like, solo dolo," Trainer continued.
And that's not the end, the list of uncanny things continued for Sabara.
"He never has sauce on anything, not even salad. Like, just dry. And I begged him, like, 'Just try this sauce. Is this the wrong sauce?' And he's like, 'I like the grass taste,'" Trainer added revealing her husband's weirdness.
However, she maintained that fans shouldn't take his nickname too seriously for she termed him as the most "supportive human".
"He's the most supportive human being ever and the nicest guy in the world. Like, you won't believe how nice he is," Trainor raved.
Earlier in July, the couple completed three years of their nuptials and celebrated the love on social media writing heartfelt posts for eachother. (ANI)
ADVERTISEMENT