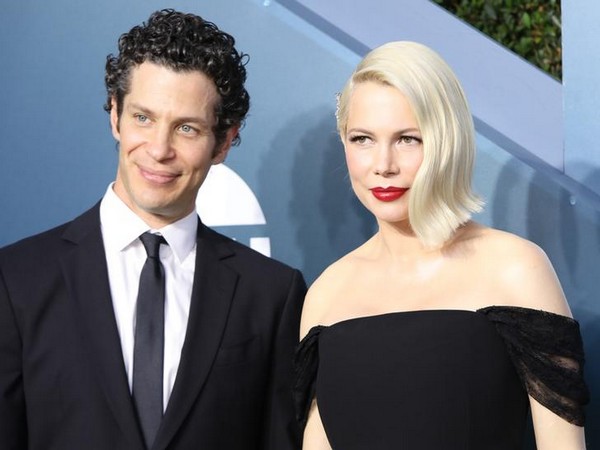 Washington D.C. [USA], Mar 24 (ANI): As actor Michelle Williams and filmmaker Thomas Kail are expecting a child together, the two have also sparked speculations that they've tied the knot.

According to E!News, the 39-year-old actor and her could-be groom were recently photographed wearing bands on their wedding ring fingers. Meanwhile, a source to Us Weekly that they did indeed secretly wed.
Williams, who is mom to 14-year-old daughter Matilda Ledger, from her relationship with the late Heath Ledger, is currently expecting a baby with Kail.
In late December 2019, E!News confirmed that Williams was pregnant and engaged to Kail. "She's very excited to have another baby and give Matilda a sibling. She fell fast and hard for Thomas. They are very in love and excited about their future together and having a family," a source to the outlet shared at the time.
It was revealed in last April that the 'Venom' actor split from her husband, musician Phil Elverum.
A source close to the situation told People magazine at the time, "Michelle and Phil separated at the beginning of the year, it was an amicable split and they remain friends."
In July 2018, it was first revealed that the couple had secretly wed in a private ceremony in upstate New York. (ANI)
ADVERTISEMENT