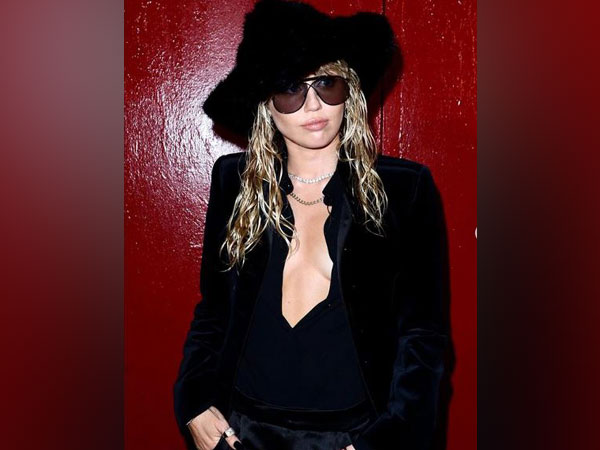 Washington D.C. [USA], Oct 3 (ANI): Almost two weeks after calling it quits with Kaitlynn Carter, singer Miley Cyrus revealed on social media that she had returned to the studio and was feeling creative and motivated.

On her Instagram story, the 'Slide Away' singer wrote "Back in the yo! I am so f-- inspired right now," alongside a selfie of herself inside the studio.
Cyrus also wrote, "Thank YOU NEW MOON," with a blue heart emoji underneath the selfie.
In another Instagram story, she shared a mirror selfie, dressed in a white t-shirt, bell-bottom jeans, boots and high ponytail. "Studio [boot]," she captioned the shot.
The star's return to the studio comes three days after she said she was continuing to "love without conditions" following her split with Carter.
On September 21, People quoted a source saying, "Miley and Kaitlyn broke up".
The two had been spending quality time together since announcing their splits from their respective husbands, and a source previously told People they lived together in Los Angeles.
Earlier, the two ladies were spotted twinning in the same colour outfits at the New York Fashion Week. (ANI)
ADVERTISEMENT