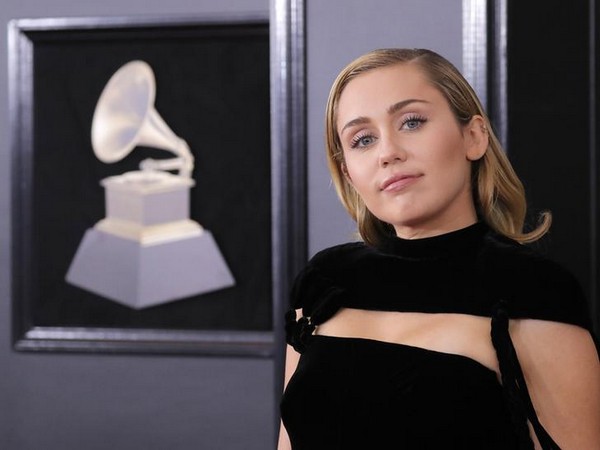 Washington D.C. [USA], Oct 5 (ANI): Singer Miley Cyrus, who is known for her unfiltered opinions and candid nature, did not shy away from the rumours that she's now seeing musician Cody Simpson after they were caught making out in now-viral footage.

The 26-year-old singer took to her Instagram Stories to confirm the news of her involvement with the musician. She posted a black and white still of Simpson posing shirtless and flaunting his tattoos.
"22. Australian (my type). Abs ," she captioned the shot. 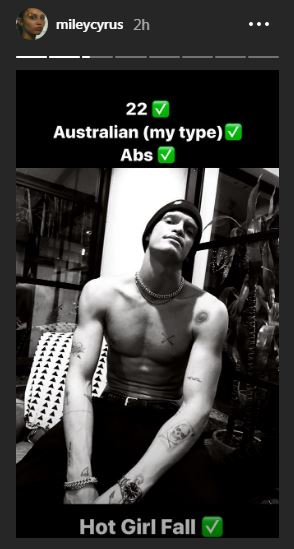 Cyrus followed the picture with a screengrab of the viral footage which features her kissing Simpson while out to eat.
"Can a girl not get a acai bowl and a morning makeout session in peace?" she wrote. 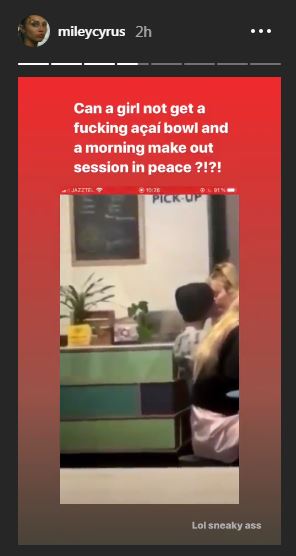 She also addressed her PDA with Simpson in the following Instagram Stories.
"I know the public feels invested in my past relationship because they felt like they saw it thru from the beginning. I think that's why people have always felt so entitled over my life and how I live it because they've watched me grow up but I am grown now and make choices as an adult knowing the truth/details/reality. People only "know" what they see on the Internet," she wrote.
She also commented on the double standard between men and women, arguing that men are "rarely sl-t shamed" and "they move on from one beautiful woman to the next " without any consequences.
"Men (especially successful ones) are RARELY sl-t shamed. They move on from one beautiful young woman to the next MOST times without consequence. They are usually referenced as " legends" , "heart throbs" , " G" , "Ladies Man" etc where women are called sl-ts/ wh--es ! I am trying to just THRIVE/ survive in a "mans" world if we can't beat em , join em! If our president can " grab em by the p--sy." can't I just have a kiss and awl bowl?!?! 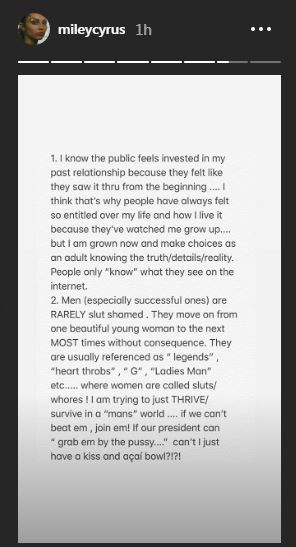 And if you see Cyrus on a date in public, she hopes that you don't make it "awkward" for her. She said that she is "new to dating" as a "grown woman," especially since she was dating Liam Hemsworth for the past ten years.
"'Meeting/trusting people in my position is really tuff," she shared.
She also went on to say that she doesn't need anyone to "pity" her.
"Don't f--king pity me, not what I'm asking for. I have a great life I wouldn't trade 'privacy' but PLEASE don't make light and like always MAKE FUN of myself/and the public's perception of me ! Get used to me dating--this is where I am at," she concluded. 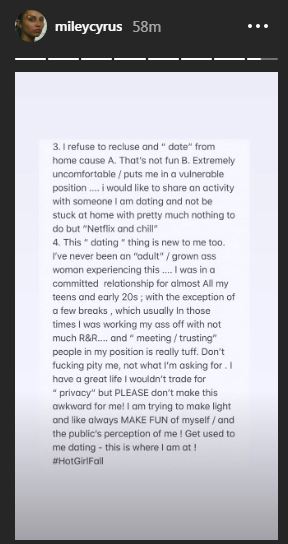 An eyewitness told Us Weekly that Cyrus and Simpson's PDA happened while they were at the Los Angeles restaurant Backyard Bowls.
"They walked in holding hands and looked around a bit, but then started to get pretty comfortable and were not shy about showing their affection towards each other at all," the eyewitness said.
The source noted that "Miley got up and sat on Cody's lap and started making out with him."
Cyrus and Simpson's romance came just a few weeks after she parted ways with Kaitlynn Carter. The two were first linked together when they were caught making out while vacationing with Cyrus' sister, Brandi, in Italy shortly after Carter's split with Brody Jenner.
Before being with Simpson and Carter, Cyrus tied the knot with her longtime love, Liam Hemsworth, in December 2018. The couple announced their split on August 10. Hemsworth officially filed for divorce on August 21. (ANI)
ADVERTISEMENT