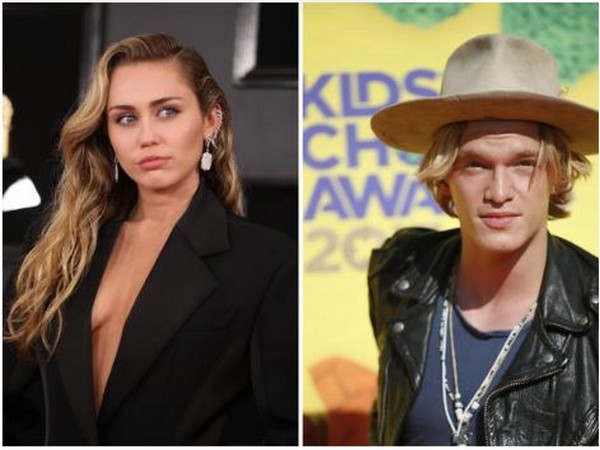 Washington DC [USA], Oct 4 (ANI): After calling it quits with Kaitlynn Carter, Miley Cyrus is spending some quality time with friend and singer Cody Simpson.
Yesterday, the 'Slide Away' singer was spotted with Simpson at a Los Angeles grocery store. According to E! News, an eyewitness revealed that the duo came to the store "real quick" to grab a drink and some sushi. The source also added a "quick kiss" while exploring their food options.

The eyewitness further revealed that Miley was "dressed casually in a tank top," and Cody "noticed people seeing them so they tried to rush out of there."
This is not the first time that the two were spotted together in recent days. According to social media sightings, Miley and Cody appear to be bonding over a shared love for foods and beverages like coffee and other treats.
Given that their friendship goes way back, the outings aren't all that surprising. In a 2015 interview, Simpson shared that he and Miley became friends due to their shared experiences growing up in the limelight.
"Miley is one of my best friends and she helps with some of that transitional stuff--trying to escape your childhood," he shared. "She's super open-minded and I'm working on becoming more like that."
Previously, Cody dated model Clair Wuestenberg, but is better known for his long term relationship with Gigi Hadid.
However, the possible romance comes as a surprise, because a source previously told E! News that Miley was ready to be single again. "Miley was ready to call it off because she wasn't ready for a relationship," a source said regarding her split from Kaitlynn. "She needs to be by herself."
Meanwhile, Miley is back to work and has been sharing pictures of herself at the studio, teasing fans with the hope of music in the near future. (ANI)