Miley is being Miley, having fun, says source on her relationship with Cody Simpson 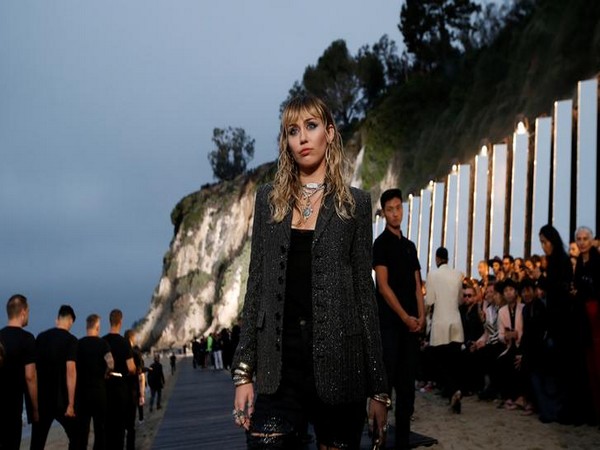 Washington D.C. [USA], Oct 10 (ANI): Miley Cyrus has been the talk of the town lately who even after two breakups, is totally "having fun" with her new partner Cody Simpson!

She is even more joyous in not having to "answer to anyone."
Over the past week, Cyrus and Simpson have been hogging headlines with their blossoming romance and the two have been social and active in exuding their fondness for each other.
"Miley is being Miley. She is having fun and that's all," E! News quoted a source as saying.
"She is not looking for anything serious. She has known Cody for a long time and is very comfortable with him," added the insider.
While the duo's romance might seem to be a thing, "there's no strings attached" in the relationship and the 'Nothing Breaks Like a Heart' singer "is just going to see where each day takes her."
The 26-year-old pop star was seen with Simpson following her break up with Kaitlynn Carter which came after her split from husband Liam Hemsworth.
"She wants to let loose and just be free. She doesn't take anything too seriously or think too much about what she's doing," told the source.
Her and Hemsworth's relationship was a long one and now it "is her time to do what she wants to do."
However, in one of her Instagram stories on Tuesday, the singer has referred Simpson as her "BF".
Miley and Liam were married for eight months and had been in an on-again, off-again relationship for 10 years before the singer announced their split in August. (ANI)
ADVERTISEMENT