Miranda Lambert celebrates her first No. 1 solo song in years with 'Bluebird' 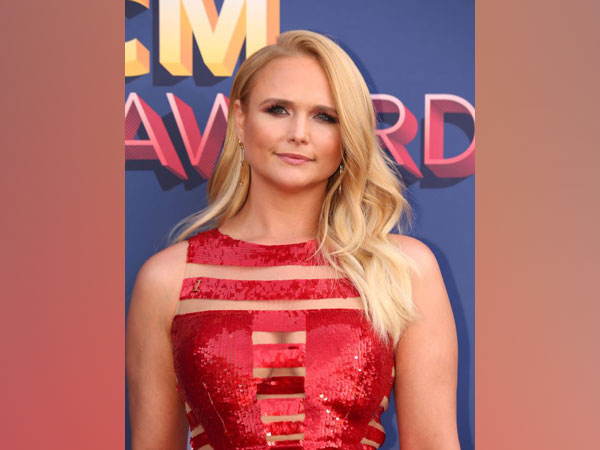 Washington D.C. [USA], July 28 (ANI): American singer-songwriter Miranda Lambert is celebrating a big achievement -- her first No. 1 solo spot on the Billboard charts in eight years with her single 'Bluebird.'

According to Fox News, the 36-year-old Grammy award-winning singer took to social media to share the news.
Lambert said, "2020 hasn't offered a whole lot to celebrate, especially for musicians. But I am celebrating this week. I'm celebrating happiness and the feeling of artistic freedom in a time where we all feel a little caged."
She continued: "I'm celebrating country music and all the joy it has brought to my life. I'm celebrating ALL the fans, the writers, the musicians, the crews, and bands, radio and streaming services, venues big and small for allowing me to have the most wonderful career for the last 17 years." 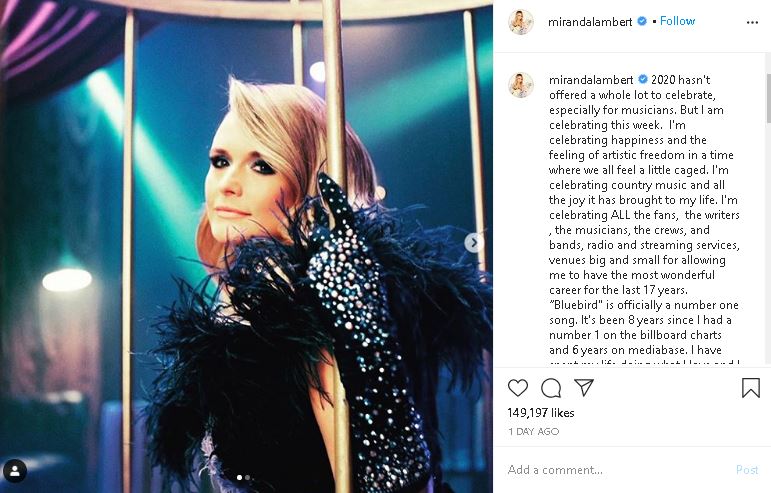 She then noted that 'Bluebird' has been cemented in history as a No. 1 song, a milestone, the artist said, she hasn't achieved in years.
She said, "It's been 8 years since I had a number 1 on the Billboard charts and 6 years on mediabase. I have spent my life doing what I love and I feel more blessed and humbled than ever to have this song of hope resonate with you all. Thank you from the bottom of my heart."
Lambert went on to thank a handful of people who helped her create the hit tune.
She wrote, "And thank you to @lukedick for allowing me to write this beautiful [sic] idea with you and to @nataliehemby (my Dean Dillon ) for bringing it home. Also Jay Joyce for bringing it to life and giving it wings, @iamtreyfanjoy for setting this bluebird free in the most beautiful video. And my management Shopkeeper MGMT @marionkraft and @sonynashville records for fighting for this song and for me.
"Turns out we did have a wildcard up our sleeve. #bluebird #wildcard #1," she concluded her post, referencing her album, 'Wildcard,' which "Bluebird' is featured on.
According to Billboard, Lambert has had six No. 1 songs on its chart, with the last being 'Over You' in 2012. Her No. 1 songs also include duets with Jason Aldean for 2018's 'Drowns The Whiskey' and Keith Urban for 'We Were Us' in 2013. (ANI)
ADVERTISEMENT