Month after car crash, Kevin Hart heads back to work 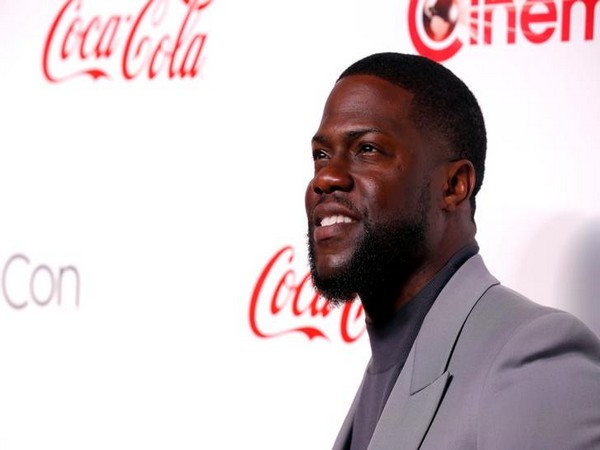 Washington D.C. [USA], Oct 10 (ANI): After almost a month of rest and recovery following his major car crash, actor Kevin Hart is back on track as he has returned to work.
Hart, who suffered a major back injury in his car accident in South Carolina earlier in September, has already begun working on the marketing campaign of his upcoming offshoot to 'Jumanji', reported E! News, cited Page Six.

The spin-off titled 'Jumanji: The Next Level' stars Dwayne Johnson, Danny DeVito, and Danny Glover, all of whom were "happy to see him."
Hart reportedly fractured his spine in three places in the crash when he was riding in the passenger seat in his vintage Plymouth Barracuda, which veered off the road and rolled down an embankment on Mulholland highway.
Hart's friend Jared Black was driving the car when the incident happened.
While he sustained injuries during the accident, Black and his fiancee, Rebecca Broxterman, was in the back seat with Hart, are blaming the actor of negligence that he didn't have critical safety features in his car.
The couple is reportedly planning to sue Kevin over their injuries. (ANI)
ADVERTISEMENT