Most ill human being in America now seems to be the President: Rihanna 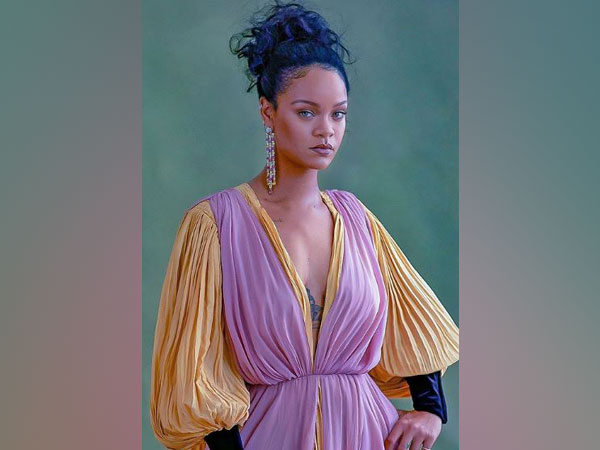 Washington D.C. [USA], Oct 10 (ANI): Rihanna is all pepped up for her upcoming 'visual autobiography' to hit markets soon, but before that happens, the singer got candid about her views on US President Donald Trump calling him an "ill human".

Criticizing Trump's responses to the El Paso and Dayton mass shootings earlier this year, the singer said, "It is devastating."
"People are being murdered by war weapons that they legally purchase. This is just not normal. That should never, ever be normal. And the fact that it's classified as something different because of the color of their skin? It's a slap in the face," Variety quoted the singer as opening up on the cover story of Vogue magazine.
Terming this as "racist", and saying that "the most ill human being in America right now seems to be the president," Rihanna added, "Put an Arab man with that same weapon in that same Walmart and there is no way that Trump would sit there and address it publicly as a mental health problem."
The pop icon even went on to explain why she would never headline the Super Bowl show despite the fact that her mentor Jay-Z has made a pact with NFL to produce the show, the 'Diamonds' singer added, "I couldn't dare do that. For what? Who gains from that? Not my people."
Admitting that there are certain things "within that organisation" which she doesn't agree with, the singer added, "I just couldn't be a sellout. I couldn't be an enabler."
On the work front, the pop star is looking forward to her 504-page picture autobiography which is set to hit bookstands on October 24.
Exuding her joy and excitement over releasing a book on her, Rihanna in a statement said, "I am so excited to share this collection of incredible images. I'm very grateful to the talented photographers and artists who contributed." (ANI)
ADVERTISEMENT