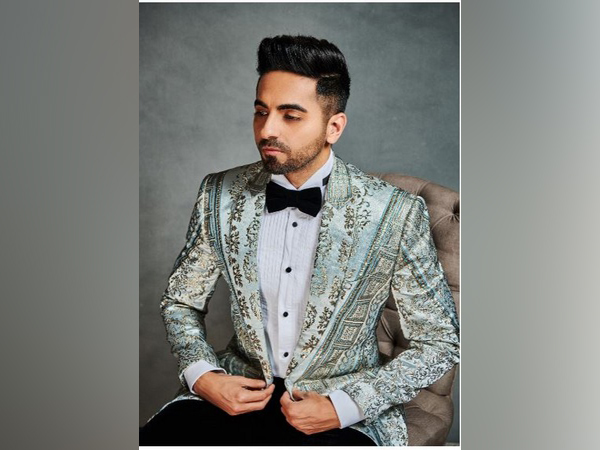 New Delhi [India], Jan 23 (ANI): With an impressive array of roles already under his kitty, Ayushmann Khurrana, is yet again ready to set an example with his upcoming film 'Shubh Mangal Zyada Saavdhan' which attempts to break stereotypes around same-sex relationships.

The 'Bala' actor was happy after his parents - father P. Khurrana and mother Poonam - too loved the trailer of the film and revealed that they saw it 'on loop' and enjoyed it thoroughly.
The trailer of the upcoming comedy saw the light of the day on Monday and immediately became the talk of the town as people raved about the 35-year-old actor as the first leading hero to ever portray the role of a gay man, breaking the prevailing stereotypes on a such a sensitive issue.
The actor said: "When I showed them (parents) the trailer of the film, they absolutely loved it. They saw it on loop and laughed all the way through. I was thrilled with this reaction from them because I realized immediately that the subject, my character has appealed and connected with them."
The versatile actor also shared that his parents were in full support of him for taking an important film with a strong message and said they were proud of him.
"I always talk to my parents about the films that I decide to do and I got tremendous support from them when I told them that I'm going to do 'Shubh Mangal Zyada Saavdhan'. They said they were proud of me that I decided to back a film that had a strong message to society," Ayushmann explained.
"They said it was an important film for the entire country especially the parents because it could give them the right message about raising their children," he added.
Helmed by Hitesh Kewalya, the forthcoming movie narrates the story of the central duo, played by Ayushmann and his love interest Jitendra Kumar, and their journey into convincing their parents, the society and themselves to stay together
The romantic comedy flick with a powerful message is set to hit the big theatres on February 21. (ANI)
ADVERTISEMENT