New poster of 'Bhoot Part One: The Haunted Ship' will send chills down your spine 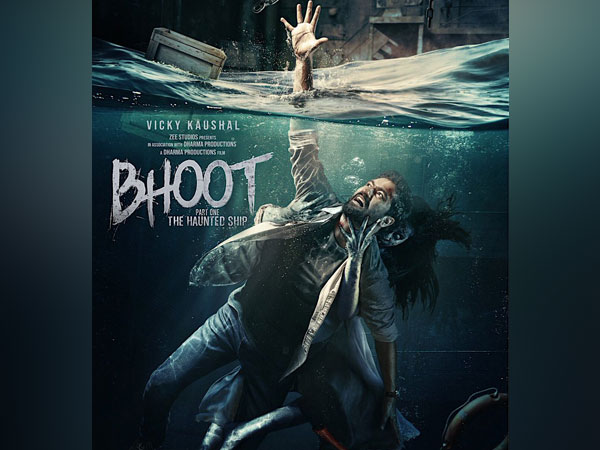 New Delhi [India], Sept 13 (ANI): The second poster of Vicky Kaushal-starrer 'Bhoot Part One: The Haunted Ship' was released today, which also happens to be Friday the 13th, a day which is considered to be spooky.
And going by the poster, the film promises to be a scary ride. In the recently released poster, Vicky can be seen trapped underwater in what appears to be a sinking ship with a ghost holding the actor tightly. The 'Raazi' actor can be seen struggling to get out from the half sunken ship. 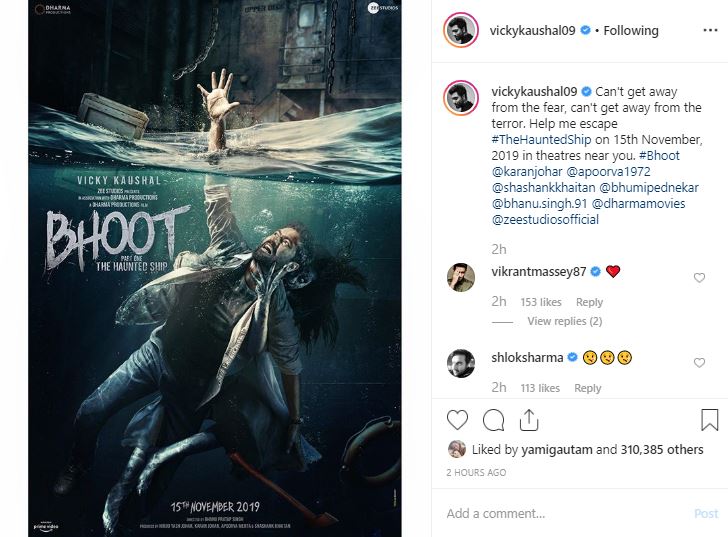 The 'Manmarziyaan' actor recently wrapped up shooting of 'Bhoot Part1: The Haunted Ship', which is directed by Bhanu Pratap Singh.
He took to social media and wrote, "Rolled our last shot for BHOOT Part 1- The Haunted Ship' and we finally wrap this very special film of ours. Fought many of my own fears through the journey of this Film. Can't wait to spook you all out with this one on #Nov15th. #Bhoot"
Earlier, the makers of the film had released the first look poster of the film. Vicky shared it on his Instagram account. He wrote, "Sink into the world of fear! Presenting #Bhoot Part One - The Haunted Ship, directed by @bhanu.singh.91 . In cinemas 15th November, 2019. @karanjohar @apoorva1972 @shashankkhaitan @dharmamovies."
In the first look poster of the film, the Kaushal dons an extremely spooky look. It features a bloodied hand with long nails which is seen grabbing the 31-year-old's bruised face as he peeks out of a ship's broken window.
The film also stars Bhumi Pednekar. 'Bhoot Part One: The Haunted Ship' is slated to hit the big screens on November 15, this year. The horror flick is produced by Karan Johar, Hiroo Yash Johar, Apoorva Mehta, and Shashank Khaitan.
Apart from this film, Vicky will also soon be seen in Meghna Gulzar's biopic on Sam Manekshaw and in Karan Johar's 'Takht'. He will also star in 'Sardar Udham Singh', a biopic based on the legendary freedom fighter. (ANI)