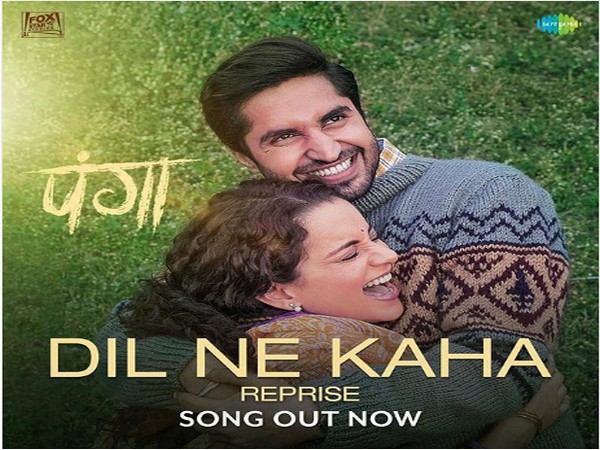 Crooned by Jassie Gill and Asees Kaur, the song shows the blooming romance between the lead pair of Ranaut and Gill.
It starts with Jassie entering the studio for the song recording. Later, clips from the movie start as Jaya (Kangana Ranaut) introduces Minu (Richa Chadha), her best friend, to Prashant (Jassie Gill).
As the song progresses, the budding romance between Jaya and Prashant grows stronger as they start understanding each other. While there is love for each other, the love for kabaddi peeps in from time to time. In the end, the love birds are seen as a married couple cherishing their romance.
Javed Akhtar's lyrics make an impact while Shankar-Ehsan-Loy's composition hits the right notes in the mushy number.
The Ashwiny Iyer Tiwari directorial is set to reach the silver screens on January 24. (ANI)
ADVERTISEMENT