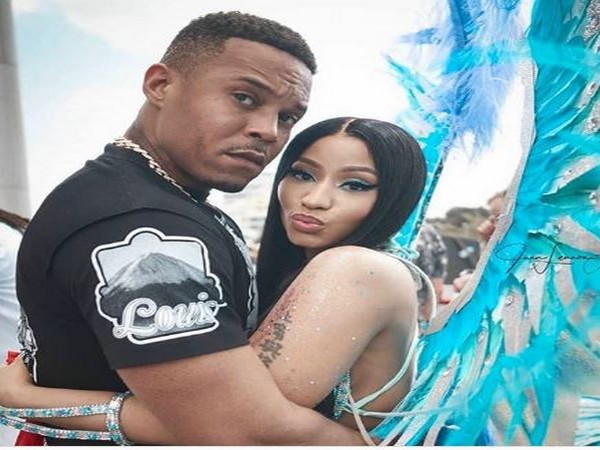 Washington D.C. [USA], Mar 5 (ANI): Rapper Nicki Minaj's husband Kenneth Petty is currently in a legal turmoil as he failed to register as a sex offender in Calfornia after relocating from New York, reported Fox News.

Petty surrendered himself to the authorities after failing to register as a sex offender, following which he was taken into custody.
According to Fox News, the records from Sheriff's Department of Los Angeles county suggests that Beverly Hills Police Department arrested Petty earlier in November 2019 but the charges against him have not been ascertained.
He was set free after a USD 20,000 bond.
As told to Fox News by the US Attorney's office, the 41-year-old appeared in the court for the first time on Wednesday. The proceedings included the hearings of his bond and its arraignment.
Petty was pleaded not guilty and has since then been released on a bond of USD 100,000.
"He is required to submit to electronic monitoring and his travel was restricted to Southern California," Fox News quoted the US Attorney's Office.
Petty will further have a status conference on March 23 which will determine the following steps in the trial to be taken place on April 28.
He was earlier convicted in 1995 for the first-degree rape of a minor girl. (ANI)
ADVERTISEMENT