"No fever but the blahs", Tom Hanks updates fans on his COVID-19 diagnosis 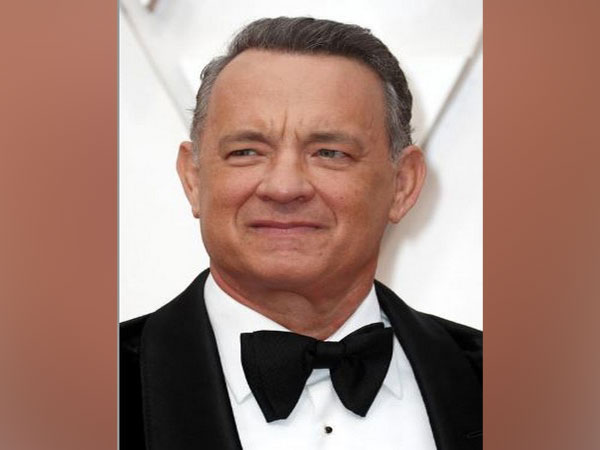 New Delhi [India], Mar 18 (ANI): Actor Tom Hanks, a week after testing positive for coronavirus and in self-isolation, has taken to social media on Wednesday to give an update of his condition.

The 63-year-old actor and wife Rita Wilson were released from the Queensland hospital on Tuesday after being diagnosed with the coronavirus and are now self-quarantined back at home in Australia, reported Deadline.
The 'Forrest Gump' actor posted a picture of a typewriter on Instagram and shared a 'good news' and a 'bad news' of his current situation as he recovers from the virus in Australia 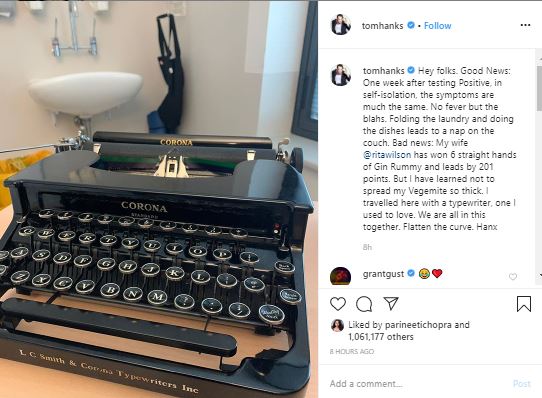 As for the good news, the actor wrote "Hey folks. Good News: One week after testing Positive, in self-isolation, the symptoms are much the same. No fever but the blahs. Folding the laundry and doing the dishes leads to a nap on the couch. "
Meanwhile, the bad news is that his wife Rita Wilson, who is also under quarantine, had beat him in the Gin Rummy card game.
"Bad news: My wife @ritawilson has won 6 straight hands of Gin Rummy and leads by 201 points. But I have learned not to spread my Vegemite so thick. I traveled here with a typewriter, one I used to love. We are all in this together. Flatten the curve. Hanx," the caption read.
Over the weekend, the Academy Award-winning actor was active on social media updating on their care and ongoing recovery.
Meanwhile, Wilson made a playlist for others self-isolating or in quarantine. (ANI)
ADVERTISEMENT