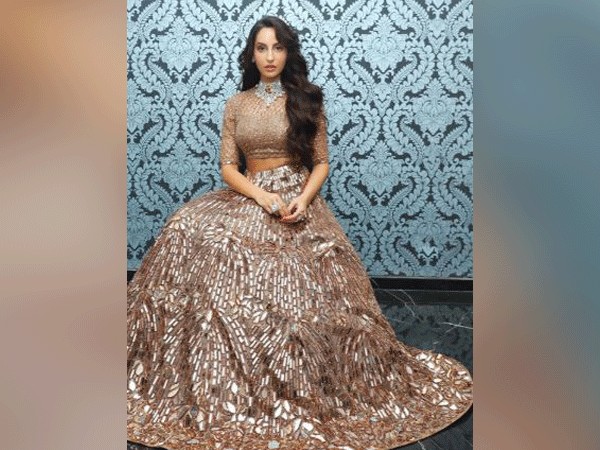 New Delhi [India], Oct 8 (ANI): After spreading magic with her sizzling moves in the reprised version of 'O Saki Saki,' Nora Fatehi is all set to tantalise fans with the newly recreated version of 'Ek Toh Kum Zindagani... Pyaar Do Pyaar Lo' for 'Marjavaan'.

The dancer who was last spotted in the album 'Pachtaoge' alongside Vicky Kaushal will be seen grooving to the remixed version of the highly popular song from Feroz Khan's iconic film 'Janbaaz.'
Film critic and trade analyst Taran Adarsh shared the news on his Twitter handle along with the teaser of the song. The entire song will release on October 10.
In the revamped song, the Canadian dancer clad in a white short dress is seen burning the dance floor with some insane moves.
In the older version, veteran actor Rekha had set hearts fluttering with her performance.
Nora has always managed to flaunt her sensuous moves in various songs like 'Dilbar' and 'Kamariya' which have fared very well as chartbusters.
Some time back the makers of 'Marjavaan' released the power-packed trailer of the film in which lead actors Sidharth Malhotra and Riteish Deshmukh are seen unleash their aggressive side.
The film marks the second collaboration between Sidharth and Riteish after 'Ek Villain'. It is bankrolled by Bhushan Kumar, Divya Khosla Kumar, and Krishan Kumar along with Monisha Advani, Madhu Bhojwani and Nikhil Advani.
The flick also stars newbie Tara Sutaria and is slated to hit the theatres on November 8. (ANI)