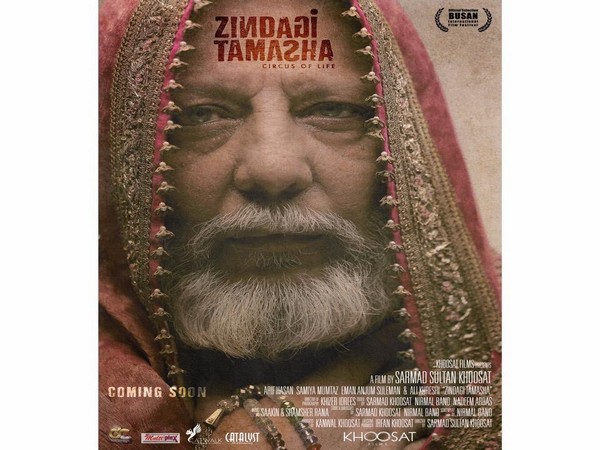 The movie by Pakistani filmmaker and actor Sarmad Khoosat prompted protests by the Tehreek-i-Labbaik Pakistan (TLP) party for drawing light on the misuse of the blasphemy law, following which the Sindh and Punjab governments demanded a stall on the release of the film in their provinces.
Earlier on Sunday, Khoosat shared an open letter on his social media account and said that he might stall the release of the film as he was receiving "dozens of threat calls".

Getting dozens of threatening phone calls and msgs. Should I withdraw Zindagi Tamasha? pic.twitter.com/OJB396B1xq


The film - 'Zindagi Tamasha' (Circus of Life) - which became the first Pakistani feature film to receive an award at the Busan Film Festival in South Korea, might not be able to see the light of the day in its own country, owing to protests and a complaint against the producer, writer and director (Sarmad Khoosat) of the film.
In the open letter that he posted on Twitter, Khoosat said that there are attempts to prevent the film's release and he did not make the film with an intention of hurting, offending or maligning anyone.
The film narrates the story of a Pakistani Muslim cleric and the backlash he faces due to his poetry about the Prophet Muhammad. The bilingual movie received nods from all three censor boards of Pakistan.
"It is a story about a 'good enough Muslim' - there was/is no mention of a sect/party or faction of any sort. Neither in the uncensored or the censored version," Khoosat explained in the letter.
Further adding that he does not want the film to be banned, Khoosat wrote, "I don't want anyone to have the pleasure of BANNING my film because legally, officially and morally, no one can."
After describing the hardships that he is facing in Pakistan due to the movie, the 'Manto' actor wrote in all capital letters, "SHALL I RELEASE MY FILM UNDER THESE CONDITIONS? I THINK I MUST NOT."
Khoosat ended the letter with a quote, "Apnay Allah ko na batao kay tumhari mushkil kitni bari hai, apni muskil ko batao kay tumhara Allah kitna bara hai (Don't tell your almighty how huge your problem is, instead tell your problem how great your almighty is)."
Soon after Khoosat shared the letter on Twitter, Pakistani actor Mahira Khan came out in support of the filmmaker and shared his post.
"Time and again we are made to realise our power and our influence. A film ( that people haven't seen) can make some this scared. Mushkil ko bata ke tera Allah kitna bara hai @KhoosatSarmad," Khan tweeted.

Time and again we are made to realise our power and our influence. A film ( that people haven’t seen) can make some this scared.
Mushkil ko bata ke tera Allah kitna bara hai @KhoosatSarmad https://t.co/AGVeTl8Dfh


Earlier on January 16, Khoosat posted another open letter to Pakistani Prime Minister Imran Khan, President, Chief Justice, Chief of Army Staff, and Minister of Information, informing them that he and his team members are "being bullied and pressurised."


The film has been tangling up in chain of trouble ever since the release of its first trailer in October 2019. The trailer which was later taken down from YouTube drew light towards the misuse of the blasphemy law in Pakistan. It was re-uploaded on YouTube later with certain changes.
The bilingual film 'Zindagi Tamasha', stars Eman Suleman, Arif Hasan, Samiya Mumtaz, and Ali Qureshi in pivotal roles. (ANI)