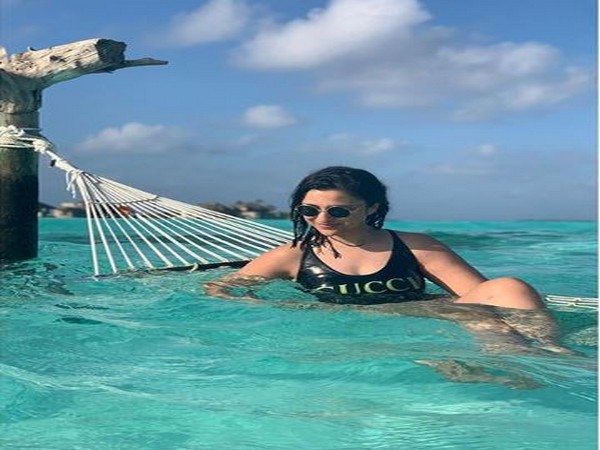 New Delhi [India], Jan 23 (ANI): Actor Parineeti Chopra was on Thursday seen chilling on a hammock in the sea during her recent Maldives vacation.

The actor took to Instagram on Thursday to share bout of her dreamy vacation pictures near the deep-blue ocean waters.
In one photograph, the 'Ishaqzaade' actor is seen chilling by the ocean and in the other one, Chopra was seen sitting in a hammock in the middle of the ocean.
"Give me some ocean and I am HAPPPYYY!!! Almost my second home Maldives and diving = Perfection," Chopra captioned one of the pictures.
Late in December, the 31-year-old actor made her way to the valleys of Austria and posted photographs from the vacation.
On the work front, the actor was last seen in director Prashant Singh's comedy-drama 'Jabariya Jodi' opposite actor Sidharth Malhotra. Chopra will next be seen portraying the role of Indian badminton player Saina Nehwal in the biographical drama 'Saina'. (ANI)
ADVERTISEMENT