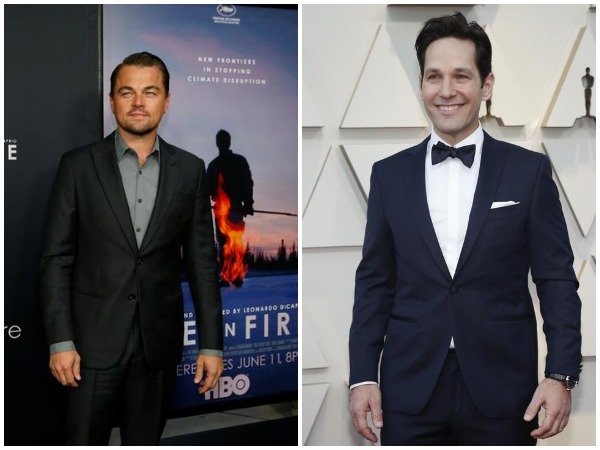 During an interview on 'The Graham Norton Show,' Rudd talked about shooting 'Romeo + Juliet,' and how DiCaprio told him about receiving an offer for the role of Jack in 'Titanic'.

According to the 'Avengers: Endgame' actor, DiCaprio wasn't very sure if he should take up the role, reported Fox News.

"I don't think I had any say," he noted. "But it is kind of interesting to think back on that."

The 50-year-old star also has a peculiar connection to the actual British passenger liner, Titanic. The actor's father was an expert, who used to lecture about the doomed luxury vessel in universities.

Actor Robert De Niro was also present for the interview and discussed how he helped in Leonardo DiCaprio's rise to fame.

"Leo wasn't reading the lead, it was another kid," said De Niro. "At the end of it, I said '(DiCaprio) is interesting, you should pay more attention to him.' I don't know whether my saying that had anything to do with it." (ANI)
ADVERTISEMENT