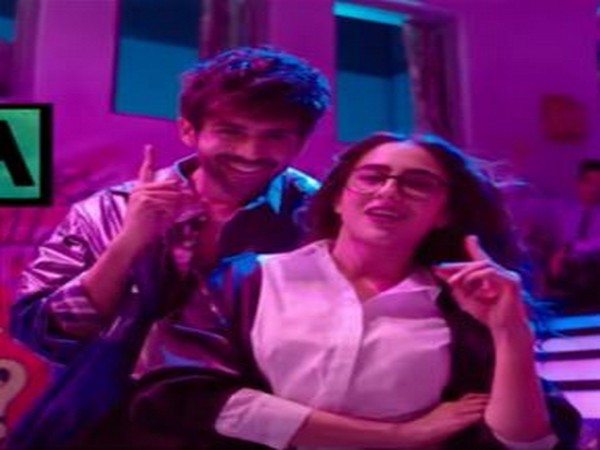 The fresh track composed by Pritam and sung by Arijit Singh and Shashway Singh retains the signature tune of 'The Twist' song from Saif Ali Khan and Deepika Padukone starrer 'Love Aaj Kal'.
The video of the song perfectly portrays the theme of the movie giving glimpses from the two love stories set in '90s and in the present day.
The foot-tapping music of the song set in the disco makes it the perfect party number for the coming parties.
While Aaryan is seen donning dual characters in the song, Sara Ali Khan is seen raising the heat with her on-spot trendy outfits. Arushi Sharma, on the other hand, is seen sticking with the character she portrays in the film.
'Love Aaj Kal' is the remake of the 2009 movie by the same name. The original movie featured Sara's father Saif Ali Khan and Deepika Padukone in the lead roles and explored two love stories set in different time periods.
The movie will feature Kartik Aaryan and Sara Ali Khan in the lead roles.
Directed by Imtiaz Ali, the flick also features Randeep Hooda and Arushi Sharma in significant roles. The movie, which is set to release on February 14, presents Kartik and Sara as Veer and Zoe. (ANI)
ADVERTISEMENT