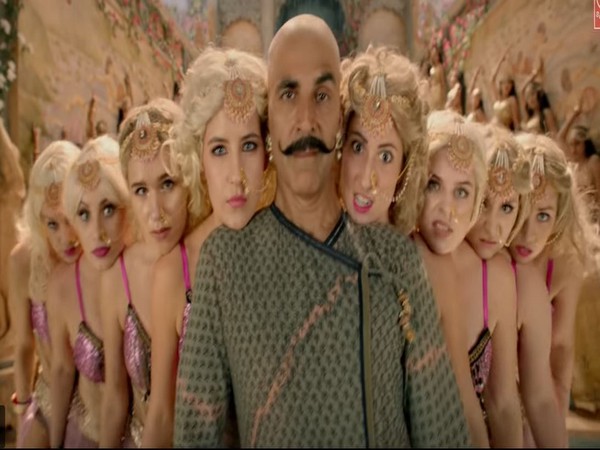 New Delhi [India], Oct 7 (ANI): Bollywood actor Akshay Kumar who is all set to leave you in splits with his upcoming film 'Housefull 4', released the second quirky track 'Bala' from the movie which is surely a laugh riot.

In the song, Akshay who is playing the role of Bala from the 1419 era can be seen romancing with girls.
The video shows Akshay as the king dancing alongside a group of girls, singing about himself and hailing himself as the devil's relative. In the background, one can hear 'Bala...Bala... Shaitaan Ka Saala,' rap being played in the background.
The grooving song was shared by Akshay on his Twitter handle. He wrote, "Finally, Bala ka intezaar hua khatam! #ShaitanKaSaala is out now. Have you checked the song yet.

"
Earlier the makers of the film released the trailer of the film which will make you laugh with its reincarnation comedy.
The multi-starrer film starring Akshay, Bobby Deol, Riteish Deshmukh, Kriti Kharbanda, Kriti Sanon and Pooja Hegde promises to be a hilarious rollercoaster ride much like its earlier avatars.
Revolving around the theme of reincarnation, the film follows a non-linear narrative. It is slated to hit the big screens on October 25. (ANI)