'Perks of being a Jonas' says Priyanka Chopra, lays all rumours to rest 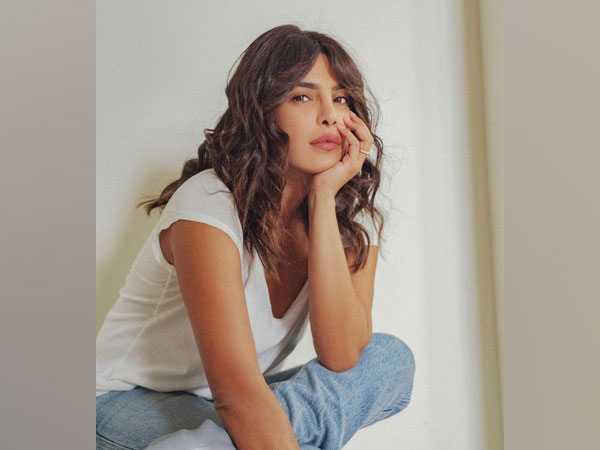 Washington [US], November 24 (ANI): Global icon Priyanka Chopra Jonas, after sparking separation speculations by dropping her husband Nick Jonas’ surname from her social media handles, on Tuesday, laid all rumours to rest by sharing "perks of being a Jonas."

Priyanka took to her Instagram handle and shared a teaser video of a roast session from 'The Jonas Brothers Family Roast' which premiered on Netflix on November 23.

In the post's caption, she wrote, "Brought my husband and his brothers a nice roast for dinner. Perks of being a Jonas. #JonasBrothersFamilyRoast is now streaming on @netflix! #ROASTED @jonasbrothers @netflixisajoke." 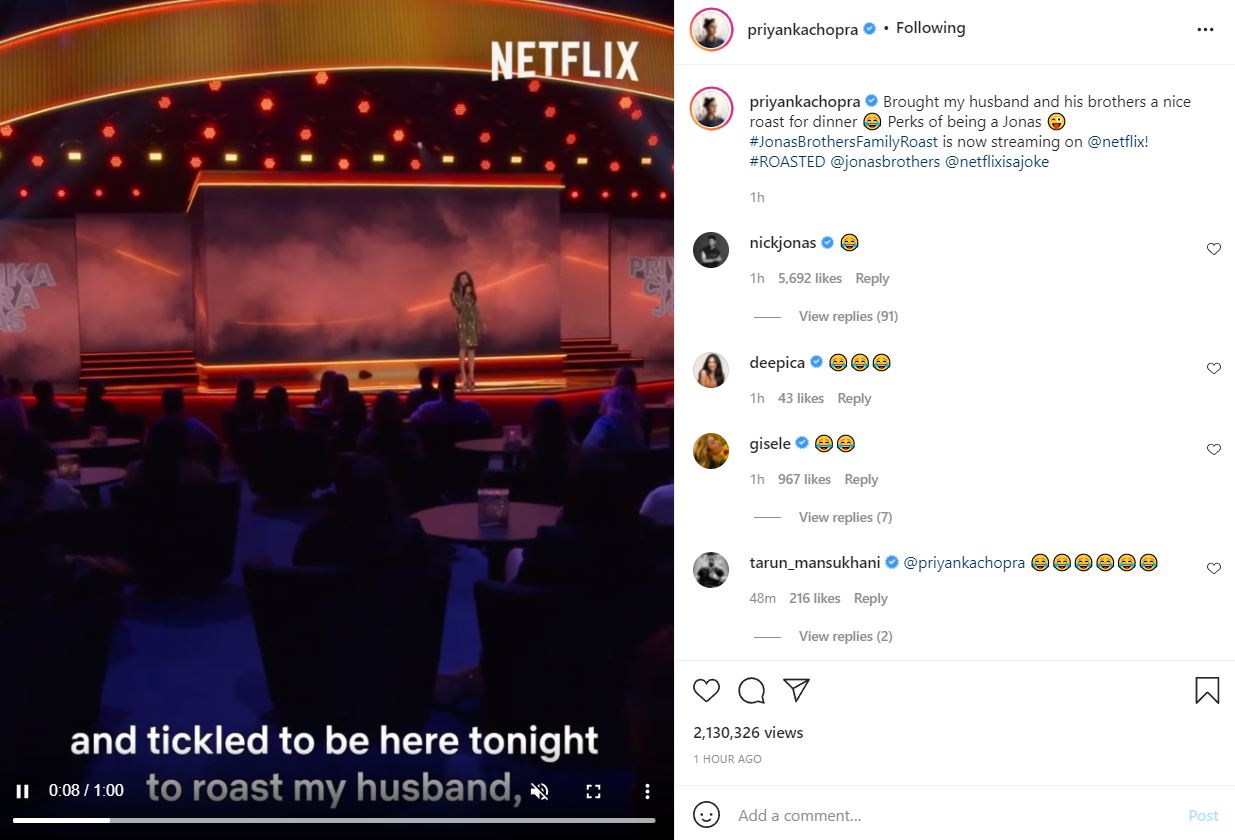 The minute-long teaser video of the roast session commences with Priyanka introducing herself by saying “Hi, everyone. I am honoured and thrilled actually, tickled to be here tonight to roast my husband Nick Jonas, and his brothers whose names I can never remember.”

Further in the clip, she talks about her home country India which in rich in culture, however adding a hilarious twist to her statement, she quips, “I am from India, a country rich in culture, in music, in entertainment. So, clearly, the Jonas brothers didn’t make it over there.”

Towards the end of the teaser, Priyanka reveals how she and Nick always try to teach each other things, while also addressing their 10 year age gap.

“Nick and I have a 10 years age gap. And there’s many ‘90s pop culture references that he doesn’t understand and I have to explain it to him, which is fine because we teach other. We teach other things. He showed me how to use Tik Tok, for example, and I showed him what a successful acting career looks like,” she said.

Rumours of a split between the star couple had started circulating on Monday when fans and followers noticed that Priyanka, who often goes by Chopra-Jonas, dropped both of her last names from her social media handles.

Though the reason behind the name change is still unclear but Priyanka seems to have put all breakup speculations to rest with this quirky caption of her Instagram post.

Earlier on Tuesday Priyanka had also commented on Nick's Instagram post in which the singer could be seen performing some bicep curls during a workout session.

The 'Baywatch' actor wrote, "Damn! I just died in your arms." She also added an emoji with heart eyes, another sweating and a third simple red heart.

Meanwhile, on the work front, Priyanka has multiple projects in her kitty including 'Matrix 4: Resurrections', Jim Strouse's 'Text For You', and the drama series 'Citadel' co-created by Joe and Anthony Russo. (ANI)