Pete Davidson in talks to star in 'The Suicide Squad' 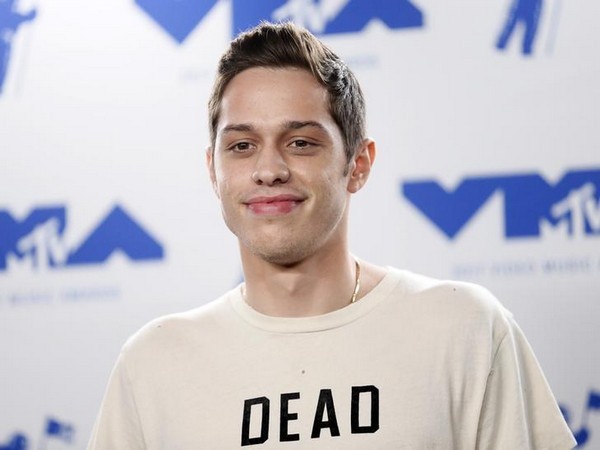 Washington D.C. [USA], Sep 4 (ANI): The upcoming film 'The Suicide Squad' is getting bigger and more intriguing. American actor and comedian Pete Davidson is in talks to feature in the movie.

Meanwhile, the 'Doctor Who' fame Peter Capaldi has joined the cast of the film, reported Variety. James Gunn is directing the upcoming sequel of the 2016 feature based on the DC Comics anti-heroes.
Apart from some new additions to the star-cast, the previously announced cast includes Margot Robbie (Harley Quinn), Viola Davis (Amanda Waller), Jai Courtney (Captain Boomerang), and Joel Kinnaman (Rick Flag). Will Smith won't star as Deadshot after appearing as the character in David Ayer's 'Suicide Squad'.
As for the newcomers, Idris Elba, David Dastmalchian (as Polka-Dot Man), Daniela Melchior (as Ratcatcher), Flula Borg, Steve Agee (as King Shark), Nathan Fillion, and 'Thor: Ragnarok' director Taika Waititi are in the cast.
'Guardians of the Galaxy' fame director Gunn has also written the script for the upcoming film, in which supervillains are recruited by the government to carry out secret missions.
The original 'Suicide Squad' was a box office success, grossing USD 746.8 million worldwide.
Capaldi starred in 'Doctor Who' between 2012 and 2017. He won an Oscar in 1995 for the live-action short 'Franz Kafka's It's a Wonderful Life', which starred Richard E. Grant. Capaldi also directed nine episodes of BBC's 'Getting On'.
Meanwhile, Davidson joined 'Saturday Night Live' in 2014. He recently starred in and co-wrote an untitled comedy for Universal, which Judd Apatow directed and produced.
There's a table reading for the DC sequel on September 11 with production starting 12 days later at Pinewood Studios in Atlanta.
The Suicide Squad, which is based on Gunn's script, will begin its production later this month. 'The Suicide Squad' will hit the theatres on August 6, 2021. (ANI)
ADVERTISEMENT