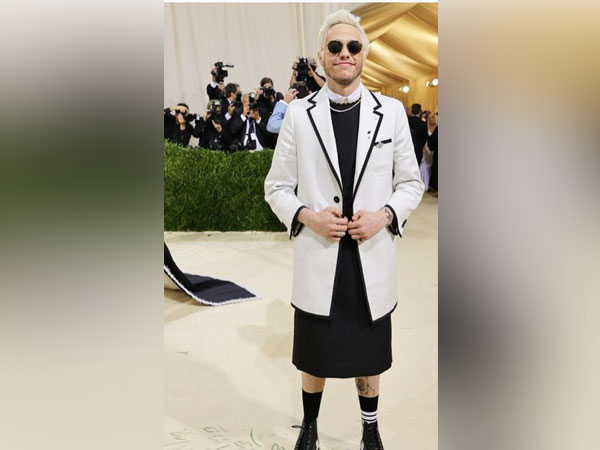 Washington [US], September 14 (ANI): Comedian-actor Pete Davidson's Met Gala 2021 look is proof of the fact that he believes in the right blend of comfort and style.

Pete appeared on the fashion show wearing a longline Thom Browne suit and kilt. He teamed up his look with a bowtie and combat boots.
Fans have gone gaga over Pete's outfit. They even feel that Pete has done full justice to this year's theme 'In America: A Lexicon of Fashion'.
"Best dressed at the Met Gala," a user tweeted.
"The best way to describe American fashion," another one wrote.
Also, this is Pete's first time at the Met Gala, which is officially known as the Metropolitan Museum of Art Costume Institute Benefit. (ANI)
ADVERTISEMENT