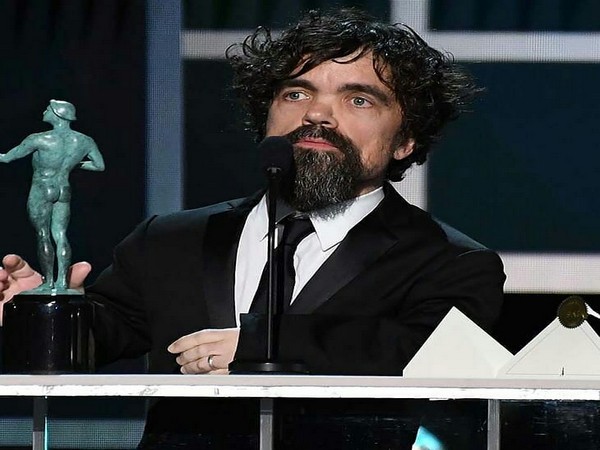 Washington D.C. [USA], Jan 20 (ANI): American actor Peter Dinklage was adjudged the winner of Outstanding Performance by a Male Actor in a Drama Series at SAG Awards, and during his acceptance speech thanked all those who were responsible for the success of 'Game of Thrones'.

Keeping his acceptance speech short and sweet the actor said looking at the trophy, "Hello. Oh, my... I think he was on Game of Thrones."
"I would like to thank the people of Northern Ireland, who put up with us for nine years," he added.
SAG Awards even posted a clip of Peter's acceptance speech on their Instagram account. 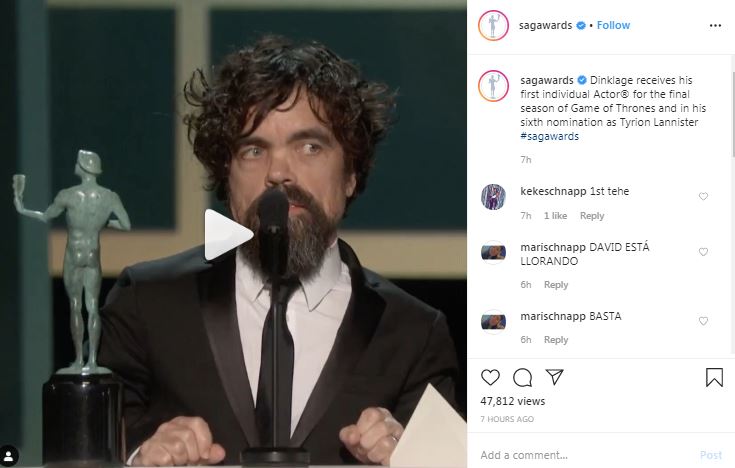 "Dinklage receives his first individual Actor® for the final season of Game of Thrones and in his sixth nomination as Tyrion Lannister #sagawards," read the caption of the post.
In the clip, Peter praised the entire team of the show and said: "I would also like to thank everyone at table nine and ten and beyond cause we put up with each other for nine years."
The actor concluded the acceptance speech by thanking his wife, Erica Schmidt.
"Finally and most importantly, I would like to thank my wife, who put up with me for more than nine years, but lived in a place far away from home, but made it home cause we were together," said Peter. (ANI)
ADVERTISEMENT