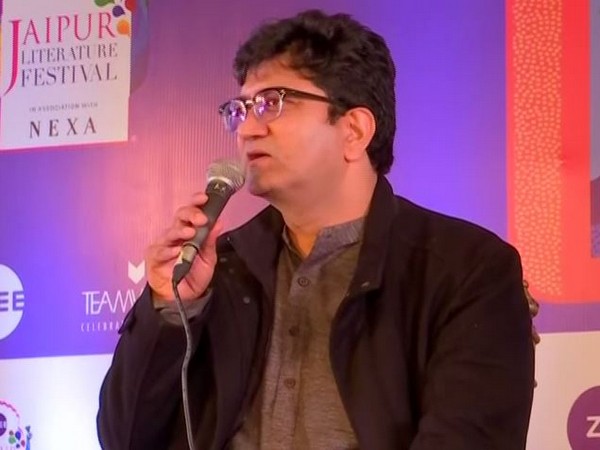 Jaipur (Rajasthan) [India], Jan 23 (ANI): Lyricist and chairperson of the Central Board of Film Certification (CBFC) Prasoon Joshi has praised Prime Minister Narendra Modi, saying that he is attached to the country and detached to his personal gains.

"There are very few people who will deny the fact that our Prime Minister Narendra Modi thinks for the country. He does not think for himself. That is why I previously called him detached or 'Fakeer'," said Joshi in a media interaction here.
"The detachment to personal gains and attachment to the country, I don't think there is a debate about it. Now you can agree or disagree with some of his things," he added.
Talking about the Bollywood fraternity, the noted lyricist said: "I have seen people in our industry personally attacking each other. There should be dignity in disagreement. You might disagree with certain things but graceful disagreement is very important."
Joshi was in the city to participate in the ongoing Jaipur Literature Festival where other celebrities from Indian cinema including filmmaker Nandita Das and actor Sonali Bendre were also present.
Earlier in 2018, Joshi had interviewed Prime Minister Modi at an event of news channel where he repeatedly called him a 'Fakeer' or a person detached to personal gains. The interview later went viral. (ANI)
ADVERTISEMENT