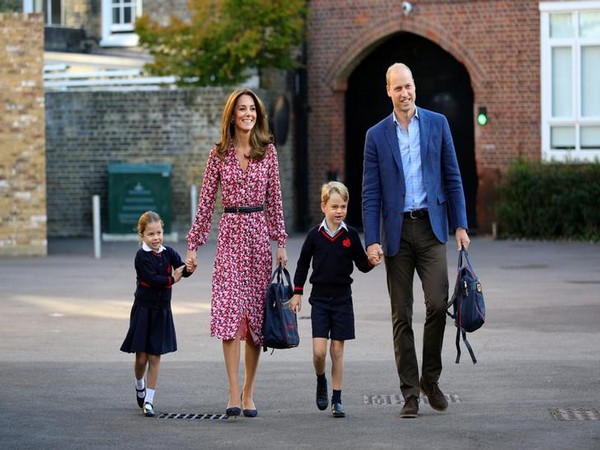 Washington DC [USA], Oct 6 (ANI): Prince William known for being a sports enthusiast was present to cheer his favourite soccer team, the Birmingham club Aston Villa along with his family.

The sporting event at which Duke of Cambridge was with Kate Middleton and two eldest kids, Prince George, and Princess Charlotte became more delighted with the little prince's presence as he wore an Aston Villa shirt.

George seemed happy and super enthusiastic throughout the match and punched the air when the team scored, reported E! News.

"You know how to pick your #AVFC games, Your Royal Highness. #PL," read a tweet posted on Aston Villa's Twitter page, alongside a photo of the family.

The royal family sat in the back of what appeared to be a VIP area with other fans.
The family outing came after William and Kate's five-day Pakistan visit. (ANI)