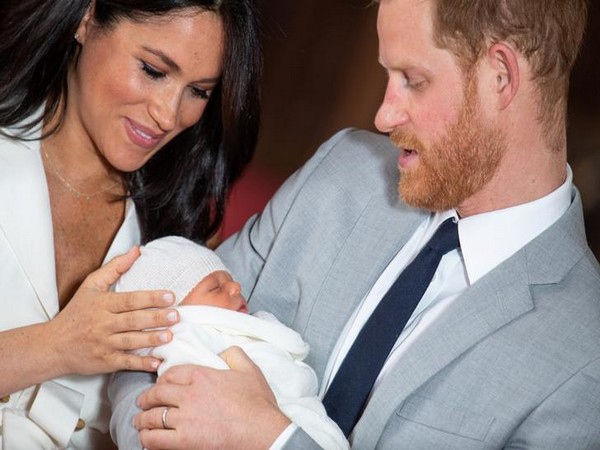 Washington D.C. [USA], Sep 3 (ANI): Prince Harry and Meghan Markle who are all set to embark on their Africa trip along with son Archie, shared a quote about of former South African president Nelson Mandela about leadership, on their joint Instagram account.

"Sharing a powerful quote to start the week," Meghan and Harry wrote beside a photo of Mandela's quote that read, "It is so easy to break down and destroy. The heroes are those who make peace and build." 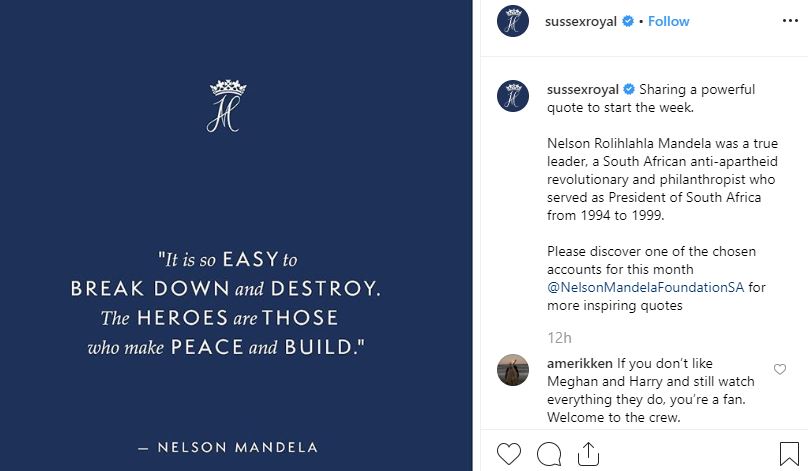 "Nelson Rolihlahla Mandela was a true leader, a South African anti-apartheid revolutionary and philanthropist who served as President of South Africa from 1994 to 1999," the royal couple captioned the post.
The quote appears to be a possible swipe at the critics who recently slammed the couple for their decision to use a private jet to go to South Africa, reported People.
The post comes just one day after Harry opened up about their first royal tour as a family of three.
"In just a few weeks our family will be taking its first official tour to Africa, a region of the world that over the past two decades has been a second home to me," he wrote on their joint Instagram. "Our team has helped create a meaningful programme that we're so excited to share with you."
During the trip, the family of three will visit the country of South Africa, and Harry will also be making stops in Malawi, Angola, and Botswana. (ANI)
ADVERTISEMENT