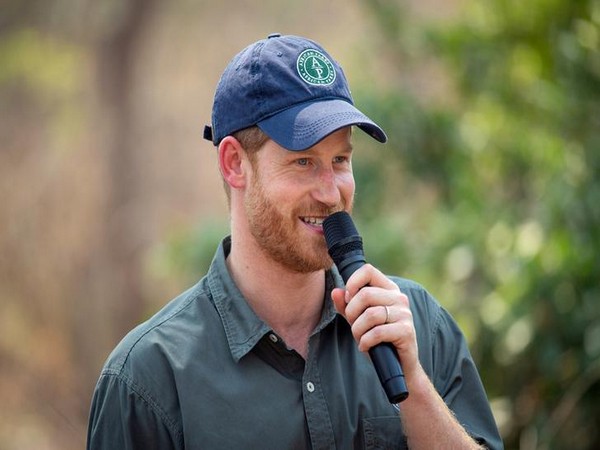 The 35-year-old royal, who is in Malawi as a part of his 10-day tour of Africa, took over National Geographic's Instagram on Monday.
Harry guest-edited the account as part of the new social media campaign 'Looking Up', which he hopes will raise "awareness of the vital role trees play in the earth's eco-system."
For the first photo, the Duke of Sussex shared one of his own images of Baobab trees in Liwonde National Park, Malawi. The royal can be seen lying on the ground as he points his camera up towards the sky to capture the stunning still.
Writing alongside the still, Harry explained that he wanted to encourage users to post their own pictures of trees in the local community "to raise awareness of the vital role trees play in the Earth's ecosystem" and encourage people to "appreciate the beauty of our surroundings." 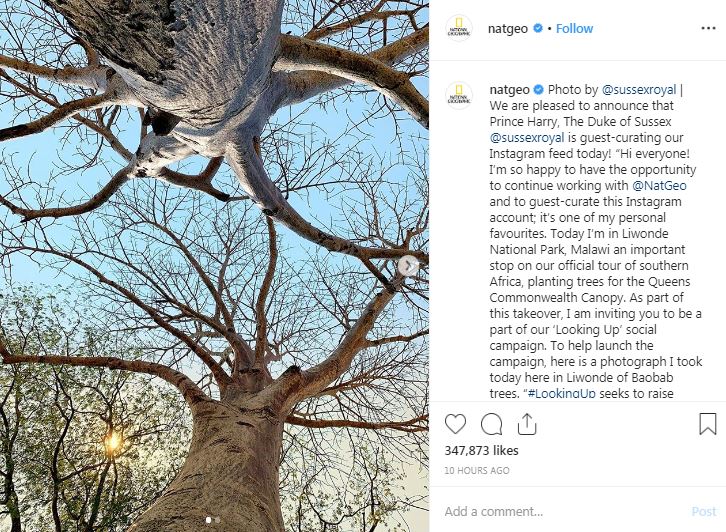 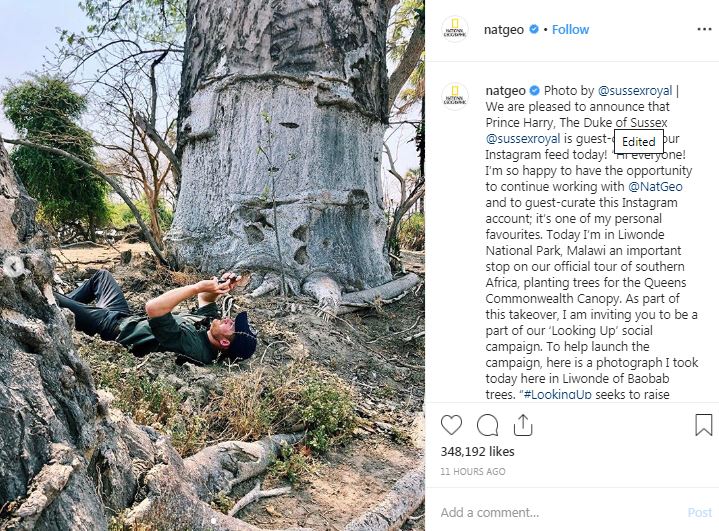 Harry also posted a photo of a strangler fig tree.

The royal went on to share another picture which features the autumn colours in the U.K., which he finds "beautiful."

Harry visited Liwonde National Park in Malawi as part of the ongoing campaign to secure forests under the Queen's Commonwealth Canopy, an initiative that was launched in 2015 as a network of forest conservation programs throughout the 53 countries of the Commonwealth, reported People.
Harry and his wife Meghan Markle launched their Instagram account earlier this year. They are currently sharing behind-the-scenes pictures and videos from their Africa tour.
The 35-year-old royal will reunite with Meghan and son Archie when he returns to South Africa later this week.
The Duke is currently on a 10-day tour of southern Africa. He and his wife, Meghan, travelled together to South Africa before Harry jetted off to Angola, Malawi, and Botswana.
Harry and Meghan have been raising awareness of several issues while on the royal tour, including counter-poaching operations in Malawi, violence against women in South Africa, elephant protection in Botswana and landmines in Angola. (ANI)
ADVERTISEMENT