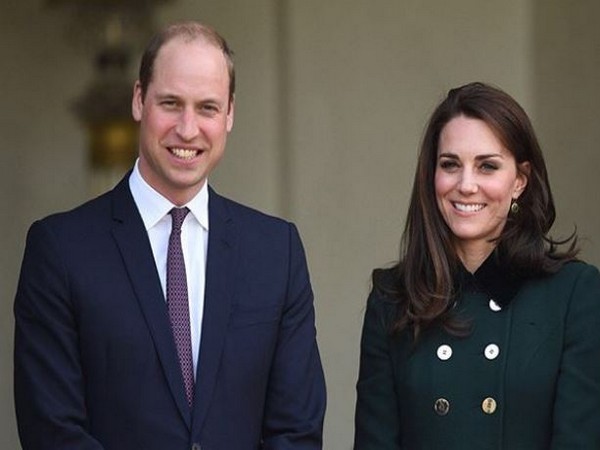 Washington D.C. [USA], Oct 3 (ANI): Prince William and Kate Middleton, who are getting ready to kick off their royal tour to Pakistan, recently revealed that they are looking forward to trying out different dishes in the country.
The Duke and Duchess of Cambridge celebrated Pakistani culture during their recent visit to the Aga Khan Centre in London to meet with key figures in the community, including musicians, chefs, and artists, reported People.

At the event, the royal couple said that they were looking forward to trying the food in Pakistan during their upcoming tour.
Kate then revealed that she often cooks a special curry at home, and typically makes a mild version for their kids, Prince George, Princess Charlotte and Prince Louis, and a spicier one for her and William.
"It's so hard cooking curry with the family though," she said. "The children have a portion with no spice, yours is medium," she said to William. "And I quite like it hot," she added.
Meanwhile, it sounds like the couple's daughter, Princess Charlotte, is just like her mother when it comes to her eating habits, as Kate said, "Charlotte is pretty good with heat."
William told the guests that he likes his food medium spicy, something that one person told him does not exist in Pakistan.
"Me and heat, not so good. I love spice but not heat," he said.
"I'm looking forward to it anyway. I'm going to need a bigger suit," he added.
In April 2017, William and Kate got candid about life at home in the palace, revealing that they watch their favourite shows with curry takeout in "comfy clothes."
They were asked how they like to relax, and they shared that they order takeout and watch their favourite shows, including 'Homeland' and 'Game of Thrones'.
"Absolutely and curry -- definitely!" Kate said while William added that the order doesn't get delivered to the palace.
"Normally someone goes and picks it up," he said.
On being asked what they wear during chill nights at home, William said, "I've got my comfy clothes, yes."
The couple is set to visit Pakistan for a royal tour on October 14, which will wrap up on October 18. (ANI)