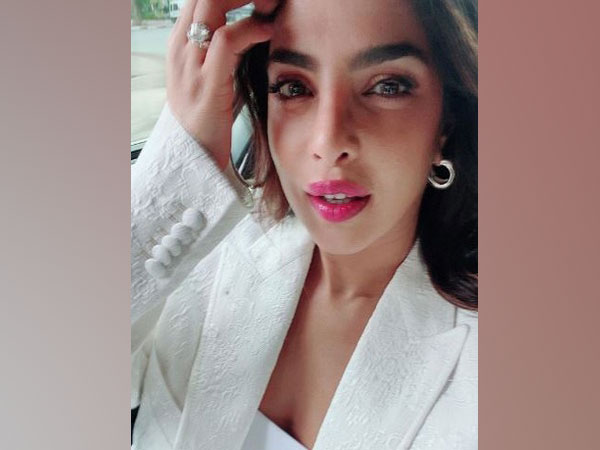 Washington D.C. [USA], Jan 29 (ANI): Priyanka Chopra Jonas is in final talks to join the cast of the untitled fourth film in the Matrix saga, the Wachowskis' game-changing action franchise.

According to insiders closed to the negotiations, the Warner Bros. and Village Roadshow film is being helmed by the series co-creator Lana Wachowski. Priyanka will join Keanu Reeves, Carrie-Anne Moss, Yahya Abdul-Mateen II and Neil Patrick Harris who have already been roped in for the popular science fiction action film. The prospective character details haven't been unveiled, reported Variety.
The production process of 'Matrix 4' will begin in Northern California, and the cast has been training for weeks for the production start.
The 37-year-old actor has also been roped in for Russo brothers' drama series 'Citadel,' that will be launched on Amazon. The star who is a National Film Award winner has more than 60 films to her credit. She debuted in Hollywood with the ABC drama 'Quantico,' which ran for three seasons.
Chopra Jonas also made history as she is the first Indian-born actor star as the lead of a primetime network series and won a People's Choice Award for this role in 2016. The star was also named as one of the "Most Influential People" in the world on the cover of TIME magazine's coveted TIME 100 issue in 2016 and also recognised as one of the Forbes Most Powerful Women.
Priyanka's last film - 'The Sky is Pink' alongside Farhan Akhtar - was also selected to be showcased at the Toronto International Film Festival.
She will next be seen in Robert Rodriguez's 'We Can Be Heroes,' to be aired on Netflix and in 'The White Tiger,' which is an adaptation of the Man Booker Prize-winning novel of the same name. She will also co-producing the project.
The actor is also developing an Indian wedding comedy with Mindy Kaling and Dan Goor for Universal Studios, where she will be acting as well as co-producing. (ANI)
ADVERTISEMENT