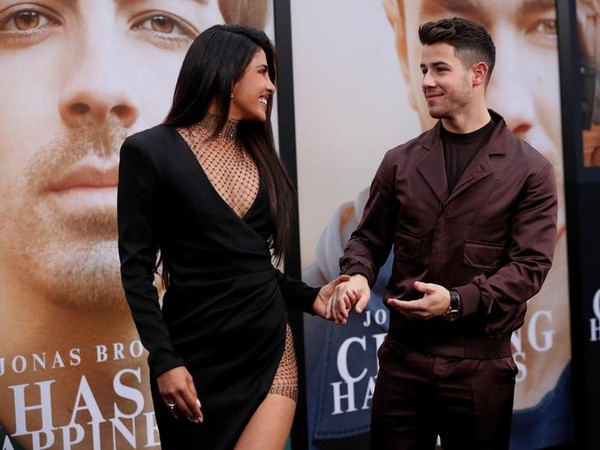 Washington D.C [USA], Oct 11 (ANI): For Priyanka Chopra, the best part of being married, is feeling a sense of contentment.
The 'Mary Kom' actor opened up about her married life and what's the best part of being with her husband Nick Jonas.
In December, Priyanka and Nick will celebrate their one-year wedding anniversary and 'The Sky is Pink' actor opened up to E! News about everything she has learned after becoming Mrs. Jonas.

Speaking about the best part of being married, the 37-year-old star said, "I have a sense of contentment. I feel like that's the best part of being married."
And a part of that contentment comes from the feeling of comfort which Priyanka gets when she is around her husband. The star also opened up about the most surprising part.
"I think the most surprising part. Every single day when I wake up I'm like, 'Oh, I have a home. Like, this is my home. This person is my home.' And I didn't know that feeling outside of my parents. Like, it's like, 'Oh, this is the family that I have chosen.' It's family," Priyanka said.
And that family just might be expanding soon, going by the 'Quantico' star's revelation.
"I've wanted to experience motherhood since when I was 12 years old. I love kids, I've always wanted to have them. And whenever it's time, I'm sure it will," she told the outlet.
But one thing that the much-in-love couple won't be making together is music.
"Oh God, I don't have the audacity to collaborate with him," Priyanka joked.
"I think he's like a musical prodigy. Whenever I sing in the car, like when my jam is on, and then he'll just look at me like that, I just get quiet," she added.
Priyanka and Nick never leave a chance to gush about each other. The duo, who is quite active on Instagram, has been successfully painting the Internet red with their never-ending social media PDA, sweet photos and tributes to each other, giving everyone major couple goals.
The two also never fail to support each other when it comes to their professional endeavours by giving social media shout-outs and attending each other's work events together, be it a film premiere or a musical performance.
On the work front, Priyanka is making her Bollywood comeback with 'The Sky Is Pink'. She will also be seen in the upcoming Robert Rodriguez feature 'We Can Be Heroes.'
Priyanka will also star as the lead in the adaptation of the Man Booker-winning novel 'The White Tiger', for Netflix alongside Rajkummar Rao. She is also set to produce and star in an untitled wedding comedy set in India that will be co-produced by Mindy Kaling and Dan Goor for Universal Studios. (ANI)