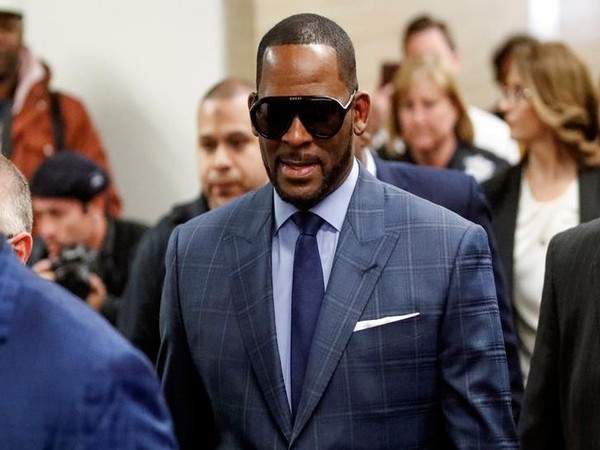 Washington D.C. [USA], Oct 3 (ANI): A Brooklyn judge denied bail to singer-songwriter R. Kelly in his sex abuse case after the accused artist requested to be released while awaiting trial.

The singer's lawyers asked a federal judge earlier this week if he would reconsider his decision to hold Kelly in jail without bond, according to the Chicago Tribune, reported People.
While his lawyers argued that even if the 52-year-old singer was out on bail he does not have the funds to leave the country, new legal documents obtained by TMZ state prosecutors believe that the star is still deemed a flight risk.
The outlet cited prosecutors who alleged that following Kelly's release on bail in Illinois, he attempted to travel to Dubai with two of his girlfriends and that he continues to earn thousands of dollars in music royalties, which he allegedly has been redirecting to a friend's bank account.
According to Page Six, Kelly was not present in court on Wednesday for Brooklyn federal Judge Ann Donnelly's decision. Donnelly noted that she found Kelly's finances to be "murky, to say the least," and if he was to be released on bail there would be "nothing to deter him" from threatening the witnesses in the case.
On Monday, an 11-page motion was filed in U.S. District Court in Brooklyn in which Kelly's lawyer, Steven Greenberg, complained about the unfair restrictions for his client while being held in the general population at the Metropolitan Correctional Center in downtown Chicago, the Chicago Tribune, as cited by People.
"His visits are severely restricted. Presently, he is only allowed one unrelated person to visit. In other words, although he lives and has lived with two lady friends, only one of them is allowed to be on his visiting list, and after 90 days he is required to switch," Greenberg claimed.
"No other friends or professional colleagues are allowed to visit. That is not right," Greenberg added.
The Grammy-winning singer is currently facing charges of sex-trafficking, sexual assault and child pornography spread throughout Brooklyn, Chicago, and Minneapolis.
In June, he pleaded not guilty to 11 felony sexual abuse counts after he was charged by Cook County prosecutors in Chicago. The charges included five counts of aggravated criminal sexual assault, coming from one accuser who said that Kelly abused her in 2009 and 2010 while she was a minor.
A month later, the 'Write Me Back' singer was arrested again and indicted on federal charges including child pornography, racketeering and obstruction of justice in both Illinois and New York. He has remained jailed since then after being denied bail.
In August, Kelly was charged with two sex crimes in Minnesota after supposedly paying a teen girl USD 200 to dance nude back in 2001.
The trial is set to begin on May 18, 2020, and the proceeding is likely to take three weeks.
The singer has faced accusations of abuse and inappropriate encounters with females for more than two decades. Kelly, who was also the subject of the documentary 'Surviving R. Kelly', has denied all the allegations levelled against him. (ANI)
ADVERTISEMENT