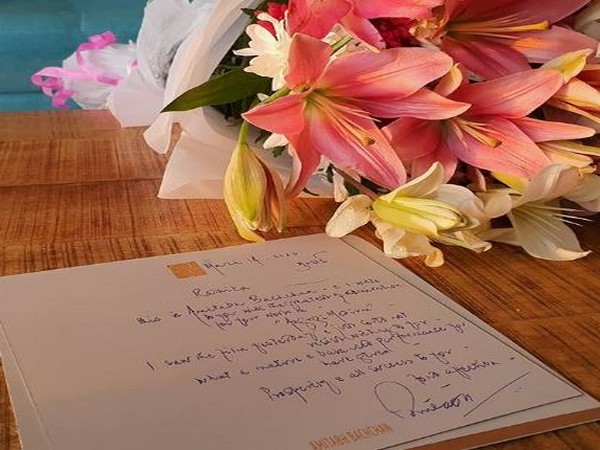 The 24-year-old actor on Saturday shared a picture on Instagram of the handwritten letter along with some flowers which were sent by the Big B of Bollywood for the stellar performance delivered by the actor. 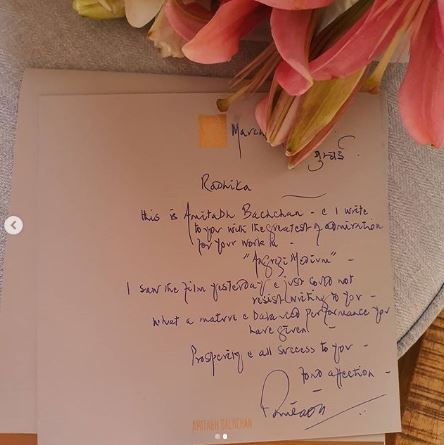 Alongside the post, the actor wrote: "I don't know what to say or write..I'm speechless and so so so overwhelmed!@amitabhbachchan Sir its an honour to receive this. I always used to imagine my doorbell ringing after my film's release and a person standing outside saying "Amitabh Bacchan sir ne aapke liye phool aur ek note bheja hai" and me fainting right after that. Thankfully I didn't faint when I actually received it..I just stood there for a few seconds soaking it all in, teary-eyed, in gratitude." 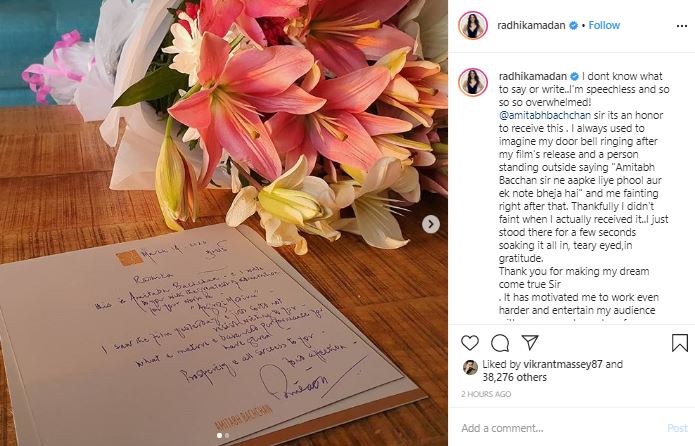 "Thank you for making my dream come true Sir. It has motivated me to work even harder and entertain my audience with even more honest performances.#AngreziMedium14.3.2020," she concluded.
Madan plays the role of a daughter to Irfan Khan. Directed by Homi Adajania, the movie hit the big screens on March 13 and had collected Rs 4.03 crore on its opening day despite the coronavirus pandemic, according to film critic and trade analyst Taran Adarsh.
'Angrezi Medium' is the sequel to the 2017 hit film 'Hindi Medium', which starred Irrfan and Saba Qamar in the lead roles. (ANI)
ADVERTISEMENT