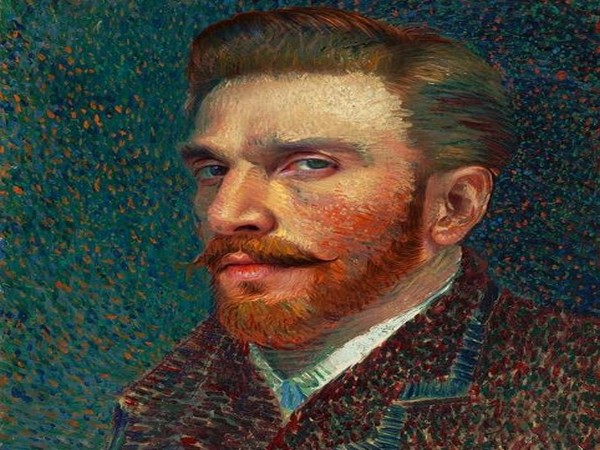 New Delhi [India], May 19 (ANI): Actor Ranveer Singh on Tuesday took inspiration from Dutch painter Vincent Van Gogh as he turned himself into one of the artists' acclaimed artwork.

The 34-year-old star put out a picture on Instagram where he is seen in the widely-acclaimed blue and brown work by the painter. The 'Gunday' star seems to have taken some inspiration from the self-portrait of the renowned painter and shared a similar picture reminding of what Ranveer would look like if he was from the 1800s.
Along with the picture, the 'Padmaavat' star quoted Van Gogh and wrote, "As we advance in life it becomes more and more difficult, but in fighting the difficulties the inmost strength of the heart is developed - Vincent Van Gogh." 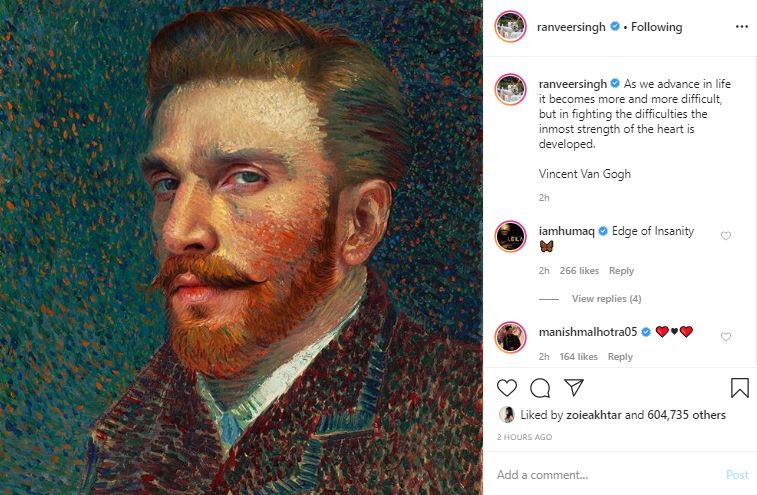 The post on the photo-sharing platform garnered appreciation far and wide and received more than 5 lakh likes from fans and celebrity followers including Zoya Akhtar.
Others including Huma Qureshi, Manish Malhotra and Nimrat Kaur also appreciated the post by leaving their comments.
Lately, the 'Simmba' star has been updating his fans on his lockdown activities by sharing pictures and videos on social media.
On Monday, Ranveer showcased his childhood fascination with American professional wrestler Hulk Hogan in a throwback photo. Along with the picture he wrote, "Whatcha gonna do, when Hulkamania runs wild on you!" #mondayfeeling throw it way back to when #WWF was life. had a poster on my wall of The Immortal @hulkhogan." (ANI)
ADVERTISEMENT