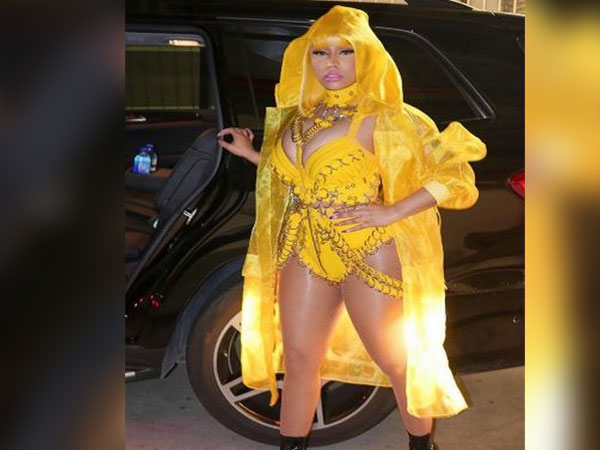 The 37-year-old rapper took to Instagram to share the picture, which saw a display of 'Mamba's jersey number two and the yellow jersey of Lakers with number twenty-four.
Alongside the picture, she penned an emotional caption that read: "We will always love you, Kobe. May God grant your wife & family peace, strength and understanding. You were a star among stars. An icon among icons. The best even in the midst of the best. Gone too soon. Rest." 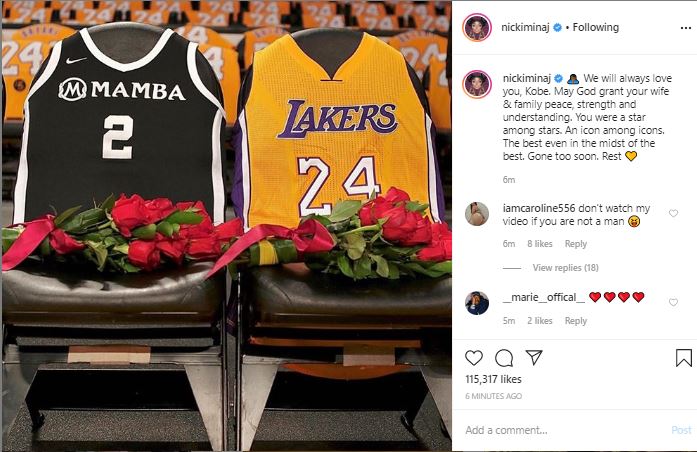 Many celebrities across the globe still cannot fathom the demise of Kobe Bryant and are choosing various platforms and means to express their grief and to pay condolences to his dear ones.
Bryant, 41, and his 13-year-old daughter Gianna were among the nine people killed when a helicopter they were travelling in crashed amid foggy conditions and burst into flames in the hills above Calabasas.
The basketball legend had won five National Basketball Association (NBA) championships in his 20-year-long career while playing for Los Angeles Lakers. (ANI)
ADVERTISEMENT