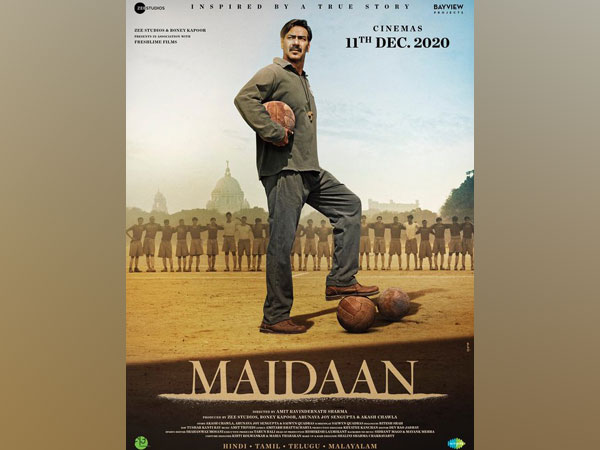 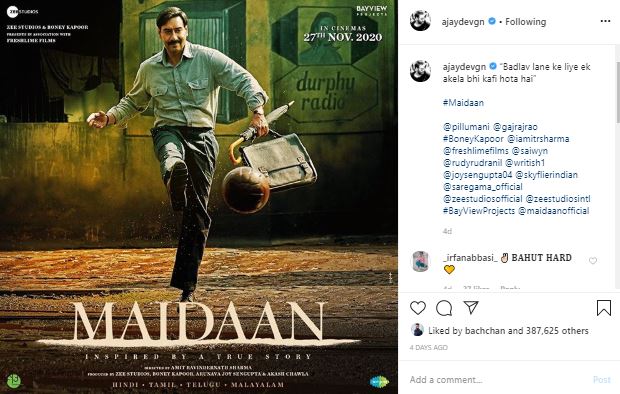 Earlier, the actor shared two posters of the sports biographical drama. In one of the posters, Devgn is seen kicking a football in a ground, holding an office bag and an umbrella, while in the other one he is seen as a coach holding a football in his hand.
'Maidaan' is a sports-drama dedicated to the golden years of Indian football. Ajay will be seen essaying the role of the legendary coach Syed Abdul Rahim, who is widely known as the founding father of Indian football.
Helmed by 'Badhai Ho' filmmaker Amit Ravindrenath Sharma and co-produced by Boney Kapoor and Zee Studios, the movie also features Gajraj Rao and Boman Irani in pivotal roles.
(ANI)
ADVERTISEMENT