'Reminds us how fragile life is': JLo, Shakira on Kobe Bryant's death 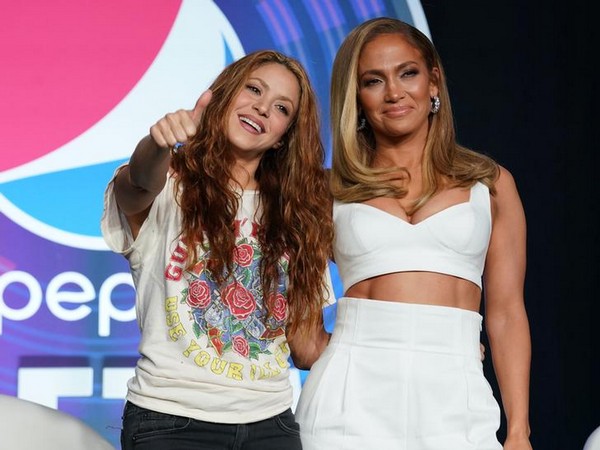 Washington D. C. [USA], Jan 31 (ANI): Jennifer Lopez and Shakira opened up about how they learned of the tragic news of Basketball player Kobe Bryant's death and how his life serves as an important reminder.

According to Fox News, JLo and Shakira attended a press conference on Thursday (local time), where the two answered questions from reporters about Bryant's ultimately passing in a helicopter crash.
Lopez revealed that her fiance and former basketball player Alex Rodriguez revealed the news to her while she was rehearsing for Sunday's big Grammy performance.
The 50-year-old actor revealed that she was in the middle of rehearsing and talking about the show when Alex came to her and said: "You're not going to believe what happened." She also shared that he knew Kobe very well and they entered sports around the same time. Lopez also shared with the crowd that Rodriguez was just "devastated".
The 'Hustlers' actor recalled Kobe and his wife, Vanessa Bryant, as they once attended a show of hers in Las Vegas for a "date night."
"It's reminding us again how fragile life is and how we have to appreciate every single moment and how we have to love people when they're here and not wait," she said.
Lopez and Shakira will share the stage in the middle of Super Bowl LIV game.
Shakira, who seated next to JLo, also revealed that her partner, Spanish footballer Gerard Pique, informed her of Bryant's passing. "Life is fragile and that is the reason why we have to try and live every moment intensely," said Shakira. (ANI)
ADVERTISEMENT