Rihanna trolls fans who want her to release new music 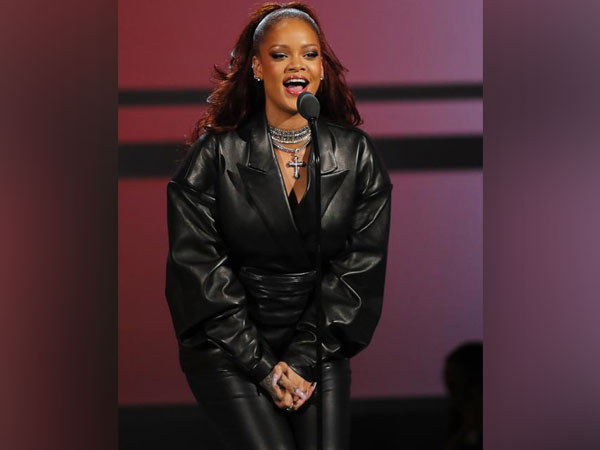 Washington D.C. [USA], July 12 (ANI): It has been years since singer Rihanna treated her fans with new music and as per the artist's latest Instagram post, it looks like people will have to wait even longer.

On Thursday, the 31-year-old singer shared an Instagram video of a clip from 'Love and Hip Hop Atlanta', which shows Karlie Redd reading the results of a lie detector test.
"Guys, it was all a lie," Redd can be seen saying in the clip.
As for the lie, Rihanna is referring to, the singer promised her followers that they will be getting new music from her this year and that's yet to happen, so she has a hilarious comeback for her fans, by implying that they are now calling her a liar.
"Nobody: Me: Album coming in 2019 Navy in July," she captioned the post.


"I can't believe I stan a liar," one fan commented, to which Rihanna responded with three laughing emojis. "That's it I'm unfollowing," another fan commented.
"How is she gonna carry on doing this to us it's been 3 bloody years," a different user expressed.
However, a plethora of her fans and celebrities found the post funny. Comedian Kevin Hart commented with several laughing emojis.
Rihanna, whom Forbes recently named the world's richest female musician, has stayed quite busy since releasing her last album 'Anti' in 2016. She launched her Fenty Beauty in 2017 and unveiled her Savage x Fenty lingerie line last year. She also recently announced the Fenty Maison line under French luxury goods conglomerate LVHM Moet Hennessy Louis Vuitton.
Thanks to her jam-packed schedule, the singer told Sarah Paulson in Interview magazine, that she has lost the ability to focus on creating new music with the same speed as before.
"It's the reason why an album isn't being spat out like it used to. I used to be in the studio, only the studio, for three months straight, and an album would come out. Now, it's like a carousel. I do fashion one day, lingerie the next, beauty the next, then music the next. It's like having a bunch of kids and you need to take care of them all," she explained in the interview.
Rihanna was unable to reveal a particular date as to when her fans can expect her ninth album, telling Paulson she "wished she knew" when it would be ready, but did tease that it will be "really fun."
"It really does suck that it can't just come out because I'm working on a really fun one right now. I'm really happy with a lot of the material we have so far, but I am not going to put it out until it's complete. It makes no sense to rush it, but I want it out," she said.
Last month, the singer told The New York Times' T Style magazine, as cited by People, that she is working on a reggae album and said fans should not expect any collaborations with Lady Gaga or Drake, contrary to rumours.
"Not anytime soon, I don't see it happening. Not on this album, that's for sure," she said of working again with frequent collaborator and on-and-off fling Drake.
Rihanna's last album titled 'Anti' came out in 2016. (ANI)