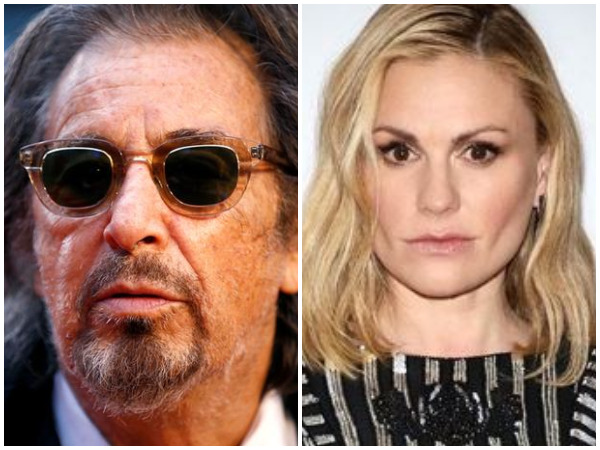 The 'True Blood' star only says seven lines of dialogue in American-Italian filmmaker Martin Scorsese's acclaimed mob epic, causing some moviegoers to criticise her small role in a film full of men including actors Al Pacino and Joe Pesci, reported 'People' magazine.
In the movie, the actor portrays Peggy Sheeran, the daughter of mafia hitman Frank Sheeran, played by De Niro.
"She was very powerful and that's what it was. Maybe in other scenes, there could've been some interaction between Frank and her possibly, but that's how it was done. She's terrific and it resonates," the 76-year-old actor De Niro was quoted, as saying by USA Today.
In the backdrop of the following statement, one of the Twitter users wrote: "I didn't have a problem with the character not talking, my issue was why cast Oscar winner Anna Paquin for 7 words of dialogue? If he wanted the character to be such a small role, cast a smaller actor. Paquin deserves better!"
The 37-year-old Oscar winner actor, in November, had responded to the critics, defending her role in the film and calling the opportunity a "privilege."
She wrote: "Nope, nobody was doing any 'ordering, I auditioned for the privilege of joining the incredible cast of. @TheIrishmanFilm and I'm incredibly proud to get to be a part of this film."
Many fans agreed with De Niro and Paquin about the role and its meaning for the story, with one of them writing: "I think Anna Paquin's silence in the movie speaks volumes." (ANI)
ADVERTISEMENT