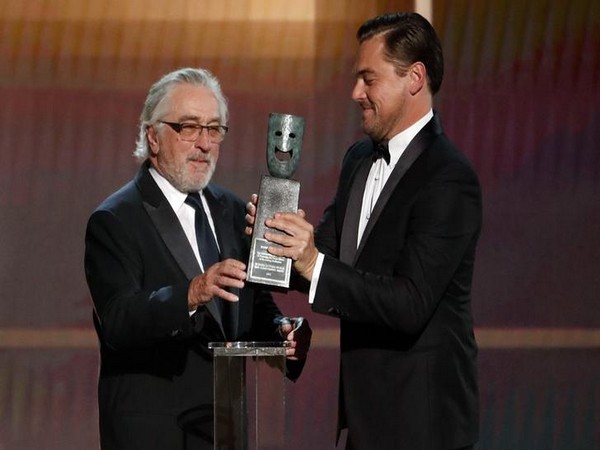 The 76-year-old actor accepted the award from his long-time friend Leonardo DiCaprio.
In his speech, De Niro opened up about his long career and touched on political matters, as he said, "As actors, we don't take victory laps. We're too worried about what our next job will be. So, it makes me very happy to know that my next job is working with you [DiCaprio] and Marty [Scorsese]. At least I know I've got another year of health insurance," reported Us Weekly.
The 'Raging Bull' star also admitted that he has been puzzling over what to say in his speech to express his appreciation for the award.
And the veteran actor was also thankful for being a part of the community of actors and able to have a career with dignity and creative fulfilment.
"We, as actors, don't do it all alone. We can't do it alone. We depend on each other for collaboration in our work, and support and fellowship both onscreen and off," he added.
The 'Godfather II' star was announced as the recipient of the Lifetime Achievement Award recipient for the 26th ceremony on November 29.
Previously, the honour has been given to SAG-AFTRA announced Morgan Freeman, Debbie Reynolds, Julie Andrews and Clint Eastwood.
The president of SAG-AFTRA said in a statement "Robert De Niro is an actor of extraordinary depth and ability. The characters he creates captivate our imaginations."
The 'Irishman' star's long career includes a plethora of diverse performances. The star has appeared in crime dramas including 'Goodfellas' and 'Casino'. He has also impressed the viewers by acting in comedies including 'Meet the Parents' and 'Dirty Grandpa.' (ANI)
ADVERTISEMENT