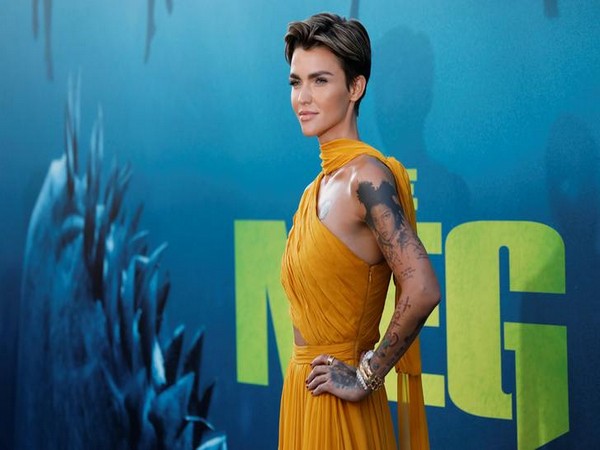 Washington D.C. [USA], Oct 2 (ANI): Actor Ruby Rose, who is gearing up for her new show 'Batwoman', recently underwent emergency surgery after sustaining a serious injury that left her at the risk of being paralysed.

The actor recently opened up about the surgery, reported E! News. For the CW's latest action show, the Rose stars as the titular hero and revealed that filming was more physically demanding than she ever imagined.
"I did a stunt, and for, like, a very extended amount of time, like, seven hours," she recalled on a recent episode of 'The Tonight Show Starring Jimmy Fallon'.
"We thought that I had broke a rib or just fractured a rib and that it was, like, 6 to 12 weeks of healing. So, then I had 6 to 12 weeks of chronic pain and just sort of kept assuming that was what it was," she added.
Finally, a doctor explained that the severe pain which she was experiencing was actually coming from her neck and that her injuries were more serious than she had thought. Later, an MRI revealed that she had two herniated discs in her spine and that she could become paraplegic if her injuries weren't treated immediately.
"It was really, really terrifying. Even just, like, sleeping wrong, or you know, moving my head in a strange direction," she said explaining that her spine was on the verge of severing.
'The Orange is the New Black' actor said that she ignored the signs that her health was in jeopardy, listing "weird things" like losing mobility in her arms and not being able to pick things up as symptoms that she experienced. The star finally got the surgery done and said that she was back to work 10 days after the procedure.
Rose shared that the recovery process wasn't easy and it left her feeling "depressed," but she looks back at the challenging time with a new mindset because of how it helped her appreciate her health and not taking it for granted.
"I wasn't paying attention to my body," she said.
"I wasn't listening. I was in such a hurry to get things done. It was like, 'Batwoman, yes! And, now I'm going to do this film. I'm going to come back, we're going to pick up the series...' I think the injury was the world's way of saying, 'You're going to have to pay attention and you're gonna have to slow down--and you're not actually a superhero," Rose added.
This isn't the first time the 'Batwoman' actor has gone under the knife. She underwent spinal surgery in January 2018.
On the work front, Rose is set to debut as 'Batwoman' in The CW series which is set to premiere on October 6. (ANI)
ADVERTISEMENT