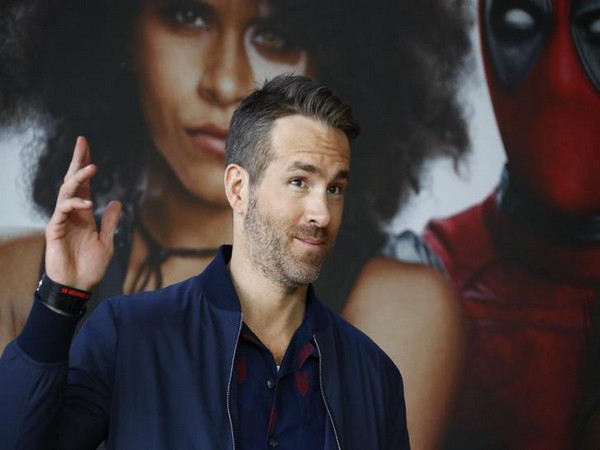 Washington D.C. [USA], Oct 1 (ANI): The release date of Ryan Reynolds starrer '6 Underground' has finally been confirmed. The film will open on Netflix on December 13.
The 'Deadpool' actor who is making a debut on the digital platform with the film, shared the news on Instagram as he joked about the film coming to a "mailbox near you".

He pinned a picture of an old Netflix DVD envelope writing, "Warm up those DVD players because we're coming to a mailbox near you, December 13th!"

However, the plot details on the upcoming feature have been largely kept under wraps. The film is set to follow six billionaires who fake their deaths following which they form a vigilante squad in order to take down notorious criminals, reported Deadline.
The movie also stars Melanie Laurent, Payman Maadi, Corey Hawkins, Adria Arjona, Manuel Garcia-Rulfo, Ben Hardy, Lior Raz, and Dave Franco.
Filmmaker Michael Bay's directorial is bankrolled by David Ellison, Dana Goldberg, and Don Granger along with Bay and Ian Bryce.
Meanwhile, Reynolds along with Will Ferrell is all set to star in the musical adaptation of 'A Christmas Carol' - one of Charles Dickens' classics. (ANI)
ADVERTISEMENT