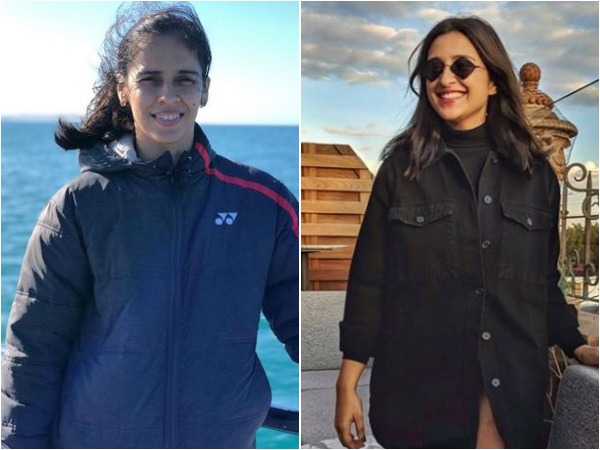 New Delhi [India], Oct 7 : Actor Parineeti Chopra is on a roll. After wrapping up the shoot for 'The Girl On The Train', she is busy training for the Sania Nehwal biopic.

As Parineeti gears up to essay the role of the ace shuttler, Saina took to Instagram to share a good luck message for the actor and the entire team. Along with the special message, the badminton player also shared what appears to be the first look of Parineeti from the film.
Sharing the picture, Saina wrote, "Looking forward to this journey together! My best wishes to the team #SainaNehwalBiopic."
In the picture, Parineeti is dressed in sportswear, holding a shuttlecock. 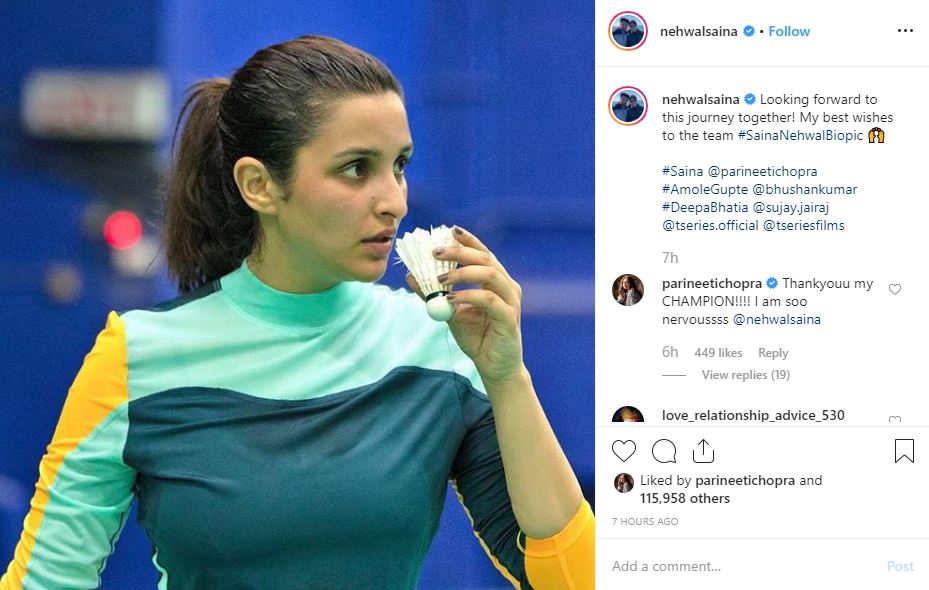 Parineeti also shared her first look as Saina on the photo-sharing application. In the picture, we can see Saina holding a shuttlecock with Parineeti also replicating the exact same pose in a similar attire! 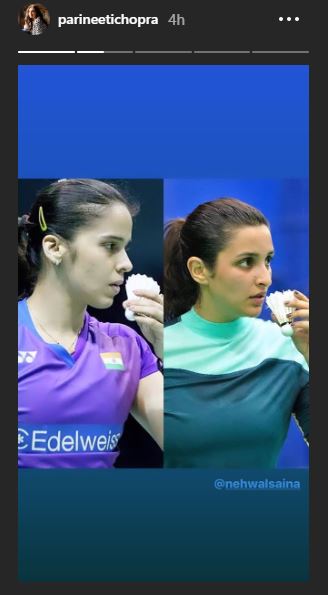 The 'Meri Pyaari Bindu' actor will begin shooting for the biopic on Friday. Producer Bhushan Kumar shared the news regarding the film's shoot. He tweeted, "All the very best Parineeti and the entire team as our project, #SainaNehwalBiopic starts shooting on 11th October."
Initially, Shraddha Kapoor was finalised for essaying the role of the ace shuttler but Parineeti was brought in later to replace the 'Saaho' actor. Shraddha had even started shooting for the film, but the filming was halted soon after the 'Ek Villain' actor was diagnosed with dengue. She quit the project later due to scheduling conflicts.
The biopic will be directed by Amole Gupte, who has earlier helmed 'Stanley Ka Dabba' and 'Hawaa Hawaai'. The film is expected to release in 2020.
Parineeti was last seen in 'Jabariya Jodi' opposite Sidharth Malhotra. The actor recently wrapped up shooting for Hindi remake of the Hollywood movie, 'The Girl On The Train'. The Hollywood film was based on the 2015 bestseller by Paula Hawkins and tells the story of a divorcee who gets entangled in a missing person's investigation that wrecks havoc in her life.
Parineeti will also appear in 'Bhuj: The Pride Of India' and 'Sandeep Aur Pinky Faraar'.
ADVERTISEMENT